SBCC student discusses the hardships of being a goalie 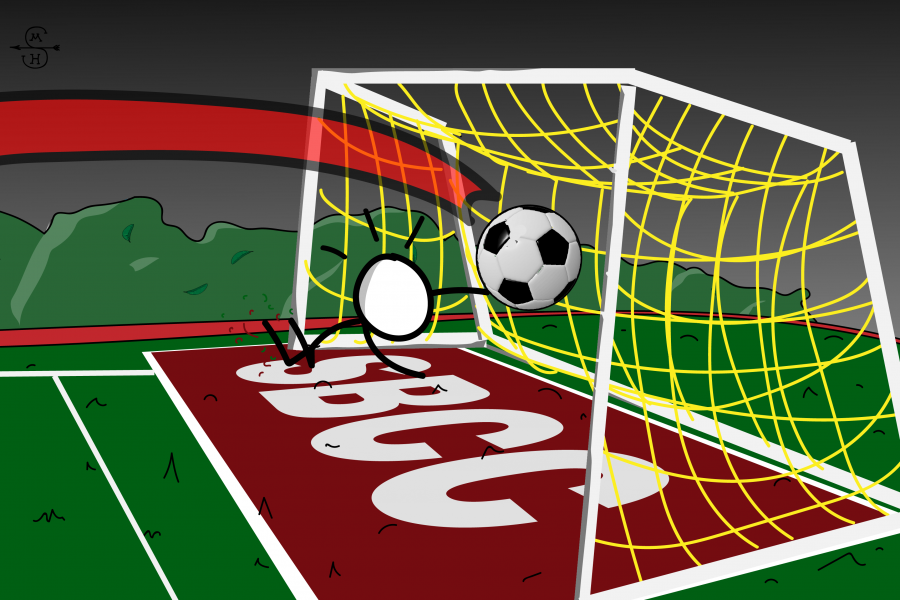 Sweat meanders down a furrowed brow as this herculean striker bears down on me, skin tanned in the spring sunshine and muscles illuminated in the floodlights that tower above this 5-foot-10-inch goalkeeper like skyscrapers. La Playa stadium becomes a fortress.

As he swerves past the first defender, my eyes narrow, my forehead crinkles at the nose and a slight grimace twists my lips as his foot bends at the knee and the ball flies high into the roof of the net.

My box, my field, my fault. I should’ve saved that. I’m better than that.

I turn and look at the ball nestled in the goal taunting me.

The distant sounds of waves crashing on the shore drown out the cheers from the visiting players and spark thoughts of anywhere else in the world I would like to be. Anywhere but here, with a ball in the back of my goal and twenty angry eyes looking at me.

I think of the Spanish goalkeeper, Iker Casillas. He was to me what Michael Jordan was to any budding basketball player, what Roger Federer is to any tennis player and Tiger Woods to any young golfer.

“Being a good person is like being a goalkeeper,” Casillas said. “No matter how many goals you save, some people will only remember the one you missed.”

In a harsh twist of fate, Casillas lost his number one jersey and starting position to a younger Spaniard, it was like natural selection.

Perhaps, we should seek advice from one of those other sportsman then. “I enjoyed the position I was in as a tennis player,” said Federer. “I was to blame when I lost, I was to blame when I won and I really liked that because I played soccer a lot too, and I couldn’t stand it when I had to blame it on the goalkeeper.”

This mindset is not just ingrained within soccer but rather in society as a whole, this naive scapegoat mentality has become a predominant theme within our generation. We do not have the resolve nor the grit to stand up and say, “I failed.”

Our generation is in this strange limbo due to this fear of failure, this fear of deviating from the norm, standing free and bold and resolute for something you believe in. It has been said a hundred times and it will be said a hundred more, there is no success without failure. It took Thomas Edison 10,000 attempts to make a light bulb, it took the Wright Brothers three years of working and failing night and day in order to fly just 120 feet. We must remember that the phoenix must burn to emerge from the ashes. So burn, so fail, but rise.

John Wooden, legendary basketball coach, once said that “failure isn’t fatal, but failure to change might be.”

So, I dust off my jersey, I look up to the sky and then pull my socks up. I wander to the goal where the ball still lies and punt it up the field.

This one’s for you Mr. Edison.