Struggling to find a place in Santa Barbara’s nightlife 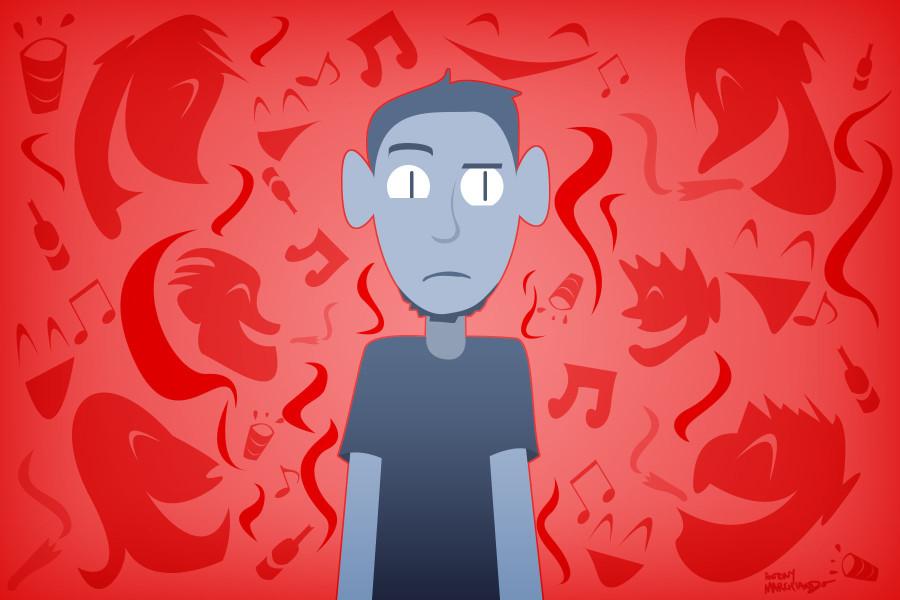 I’ve lived on the Mesa near student housing in Santa Barbara my entire life, yet never experienced the party scene. I always heard stories from people about the parties they went to.

There were tales of people taking shots, smoking and dancing, and even the occasional keg stand. It sounded like a heaven to a lot of my friends, just not to me.

I wasn’t the most social person growing up. I only had a few friends and fewer invitations to parties, which honestly didn’t upset me as I liked my alone time. I didn’t attend my first party until I was a senior in High School. It was for Halloween and costumes sounded fun, so I asked myself, “why not?”

I should have thought my choice through a bit more because it turned out to not be a very fun night.

Almost everybody was already drinking when I got there ten minutes after it started. I couldn’t have a serious conversation about anything other than smoking or drinking with anyone. Did I mention that no one else wore a costume? At least I looked amazing in my outfit.

By the end of the night, I had been pushed down a flight of stairs trying to help a drunken girl stay upright, gotten into a fight with some unruly guests, and finally left early. Playing Halo and eating cheese puffs sounded like Nirvana in comparison.

To this day, it’s mostly the same as the party scene is repetitive and boring. At any party the first 10 minutes will almost always consist of a few drinks and someone smoking in the back, while loud horrible music thumps relentlessly.

Someone invited me to a party a few weeks ago and I hesitantly said yes. The night led from one house to another, one friend group to another. The only fun memory was while walking home later, when a police officer outside Beach City asked, “Have you been drinking tonight?” to which I responded, “Uh… I’m 19.”

He offered me a ride home and I turned down his offer because I was almost there. I also planned to stop for food on the way as nothing beats the munchies more than a 20 piece McNuggets from McDonalds at 1 a.m.

The next day, my head pounded and my ears rang from the bad music and people shouting. I don’t see the joy that people get from these parties. If you like getting high or drunk or loud music then go for it, Deltopia will be your paradise. It’s not my cup of tea.

However, I think that if you go out the best part will be the after-party, with just a few people relaxing together, maybe playing a few video games and eating snack food. It’s relaxing and in my mind makes the rest of the night actually worth it.

I am a fun loving guy and I have no issue spending a night out with some friends. Yet, standing in a room with 50 others as smoke and loud music fill the air does not sound like a good time to me.

I don’t plan on going to many parties while I’m at Santa Barbara City College, but I probably will. It’s another chance to meet some new people.