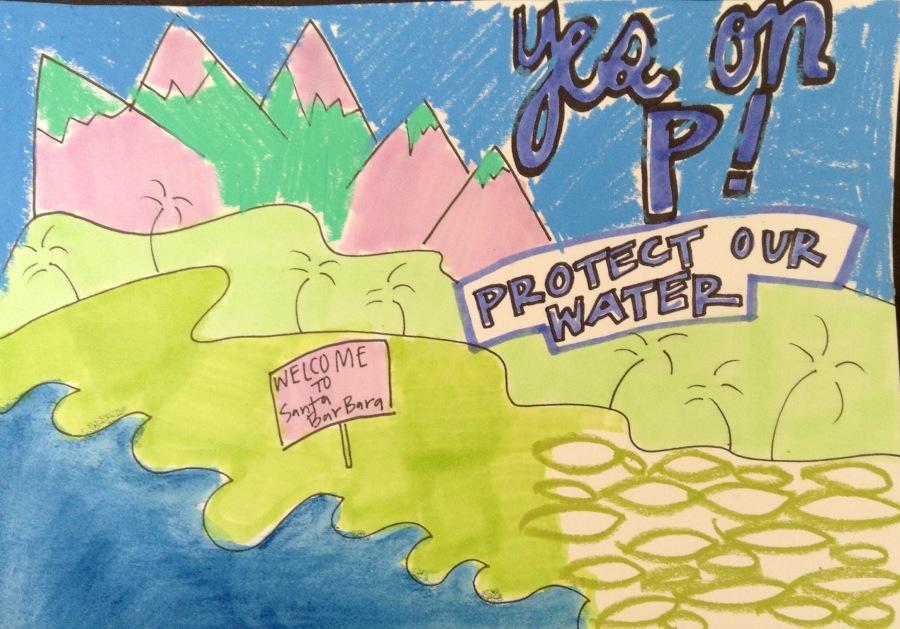 Fracking, one of the most controversial and debated topics all over the United States, has finally made its way to our little corner of California in the form of Measure P.

The measure is on the Nov. 4, 2014 election ballot, and if passed will ban all “high intensity” oil and gas operations, the most well known of which is hydraulic fracturing, or fracking. The measure would add Santa Barbara to a relatively small list of other California counties that have banned fracking.

Hydraulic Fracturing is a process that involves drilling thousands of feet into the earth’s core and injecting water and chemical additives into subterranean rock formations at high pressure, so as to force open existing fissures and extract oil or gas.

Obviously there is a reason fracking is such a hotly debated subject all over the Unites States. There are undeniably strong arguments for both sides.

Advocates of fracking argue that if support is given to the industry it would help America’s energy independence.

Personally, I’m torn between the obvious positives of fracking and the negatives that go along with it. It could be a great way to buy us some time to develop better renewable energies as well as the benefits of working towards a future where we, as a nation, aren’t dependent on foreign oil.

The International Student Petroleum Magazine posted an article about the pros and cons of fracking. In it, they stated that thanks to fracking, generating electricity with natural gas is now approximately the same cost of generating electricity with coal. In addition, natural gas releases two to three times less carbon into the atmosphere than coal, and it releases far less particulate matter as well. Researches at MIT found that replacing existing coal energy plants with natural gas plants could potentially help reduce greenhouse emissions by more than 50 percent.

Those are pretty some pretty big numbers in this day and age where global warming has become one of the biggest problems we face as a planet.

Additionally, the possibility of slowly moving away from dependence on foreign oil is a pretty hard argument to beat. Estimates by the Unites States Department of Energy put the recoverable barrels of natural gas at 1.8 trillion. To put a little perspective on that, Saudi Arabia is estimated to have about 2.6 trillion barrels of oil reserves.

Obviously, cheaper, cleaner energy and natural gas independence are great things. If that was all you were to hear I’m certain the majority of Americans wouldn’t blink an eye about letting gas companies set up shop in their town. Unfortunately, to accurately make a decision you have to look at the negatives and unfortunately the negatives are undeniable.

In order to successfully frack a single well, millions of gallons of water are needed, which brings up the main argument of supporters of Measure P. According to the California Department of Water Resources, “water years 2012 and 2013 were dry statewide, especially in parts of the San Joaquin Valley and Southern California. Water year 2014, which began on October 1st, continues this trend. Precipitation in some areas of the state is tracking at about the driest year of record.”

On top of using millions and millions of gallons of our precious ground water, fracking has been linked to numerous instances of toxic run off as well as methane gas leaking into people’s drinking water. Obviously, gas companies go to great lengths to prevent leakage, but reports indicate that they might not be trying hard enough.

To add insult to injury, fracking is somehow exempt from the Safe Drinking Water Act of 2005 which means companies don’t have to disclose the chemicals they use in the process. A few of which have been identified as Methanol which is found in antifreeze, diesel fuel, lead, hydrogen fluoride which is found in rust removers, sulfuric acid and formaldehyde.

If you add in the fact that California sits on the San Andreas Fault, a fault line that scientists believe is due for a major quake, and the handful of minor earthquakes linked to fracking across the United States, hydraulic fracturing starts to sound like a worse and worse idea.

Unfortunately, until we can make our way out of this drought and the natural gas industry can develop a way to frack without endangering our drinking water, the answer is obvious. Keep fracking out of Santa Barbara County.