My Thanksgiving with those who have little to be thankful for

There’s a line of 200 people. Some are old with jackets drenched in dirt. Some are kids who appear to be my age and some have heads tilted back, talking aimlessly to the sky. 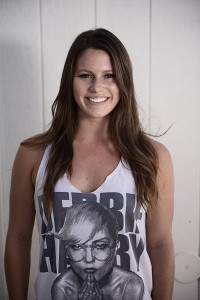 Their height and appearances differ, but why they have gathered does not: They are hungry.

As I walked towards the entrance of the Organic Soup Kitchen’s fifth annual Thanksgiving Day dinner, I found myself staring at the line of famished families and homeless men and women that was growing by the second.

With donations from individuals and local organic markets, the Organic Soup Kitchen provided the upwards of 1000 free meals for the Santa Barbara community. Local volunteers worked wholeheartedly on Thanksgiving Day from 12 p.m. to 4 p.m. to feed anyone who needed a meal.

The turnout was overwhelming.

The masses were filed into the Veterans Memorial Building as they were greeted with warm smiling faces and “Happy Thanksgiving.”

There was a repetitive response of “God bless you.”

I had not even begun to serve the food and was already choking back my tears.

There were 25 tables that sat six guests at a time. The decorations on the tables were endless; vibrant colorful centerpieces with peanut butter crackers and cookies beside it.

Once the guests sat down, a volunteer was prepared to be at their service for the rest of their dining experience. You could tell most of these guests were flabbergasted by the suggestion.

I was one of the volunteers to serve the guests. I held two plates in my hand as other volunteers loaded them with an assortment of traditional thanksgiving grub: creamy mashed potatoes, fluffy stuffing and juicy turkey.

I walked out of the kitchen and into the auditorium as a live band played holiday jingles. I nervously walked to my assigned table and looked upon six grown men with nothing in front of them.

They were staring back; eyes fixated on the steamy plates in my shaky hands.

I locked eyes with the man whose nothing I would be turning into something. His eyes lit up with such joy.

I quickly ushered myself back to the kitchen to make more plates. The feeling of giving back to my community was a high that could not be enjoyed from a pipe, a bottle or a pill; this was pure ecstasy.

It only took a few minutes for the place to be buzzing with guests as volunteers served other delicious food items, like pumpkin pie and various flavors of McConnell’s ice cream.

After a while, my quick pace was noted by a few of the volunteer workers in the kitchen, who knew my name because of our badges.

I decided to volunteer this Thanksgiving for one reason: give to others what has been given to me year after year.

Whether it has been with family back in Colorado, or friends here in Santa Barbara, a meal on Thanksgiving has continuously been provided for me. I wanted this year to be different; I wanted to break out of the gluttonous repetition.

Who are we as a society if we are allowing families to go hungry as we cringe at the idea of eating leftovers? Who are we if we are sitting on top of items we never use, while others sit in solitude with nothing?

It seems common that our individualistic culture is readily prejudice against the homeless, as if they “deserve” to suffer.

As I looked upon the face of a nine-year-old girl, I wondered how anyone could justify that she deserved destitute.

I’m no saint for volunteering, nor do I want to be praised for my actions. If you are looking for someone to praise, look no further than the Organic Soup Kitchen. The amount of love and compassion this local business has is mind-boggling. They raised nearly $5,000 in order to nourish the community.

Why? Because they wanted to.

I encourage others to volunteer in any area of our society, and experience the euphoria I underwent as I helped my community have a proper Thanksgiving meal.