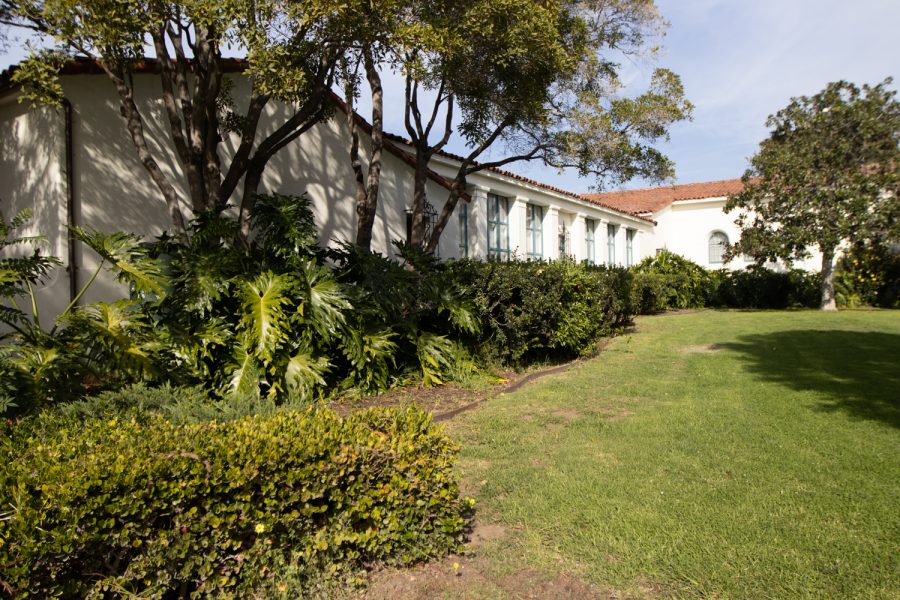 Outside of the main building of City College's Schott Campus, located at 310 west Padre St. on Thursday, Nov. 18 in Santa Barbara, Calif.

City College was informed of a piece of pottery found with a swastika on Monday, Nov. 15 during a School of Extended Learning class.

As written in an email from Interim Superintendent-President Kindred Murillo the following day, a group of students informed the school about the ceramic piece which was later removed from the studio.

“To be clear, SBCC does not condone the actions of this individual or any person or group who spreads messages of hatred or discrimination,” Murillo wrote in the email.

“That would run in direct opposition to our mission statement in which we commit to “fostering an equitable, inclusive, respectful, participatory and supportive community.”

Murillo sent an update regarding the incident on Thursday, Nov. 18.

Following an investigation, discussions between the teacher and student found “no intent on the student’s part to provoke or offend other students in the class,” the superintendent-president wrote.

“It appears this was an act of unfortunate ignorance which the classroom faculty will use as an opportunity for learning and growth with this student.”

Murillo further wrote the student has been advised that any further use of campus facilities used to display racially offensive symbolism will result in them being removed from the program.

The ceramics program will also include new protocol to the course syllabi and displays throughout the class that “works done on campus must not create a hostile environment for students or staff.”

The superintendent-president credited the brisk response as a team effort. Writing that the school will continue to “work towards creating a college environment where everyone feels they belong.”