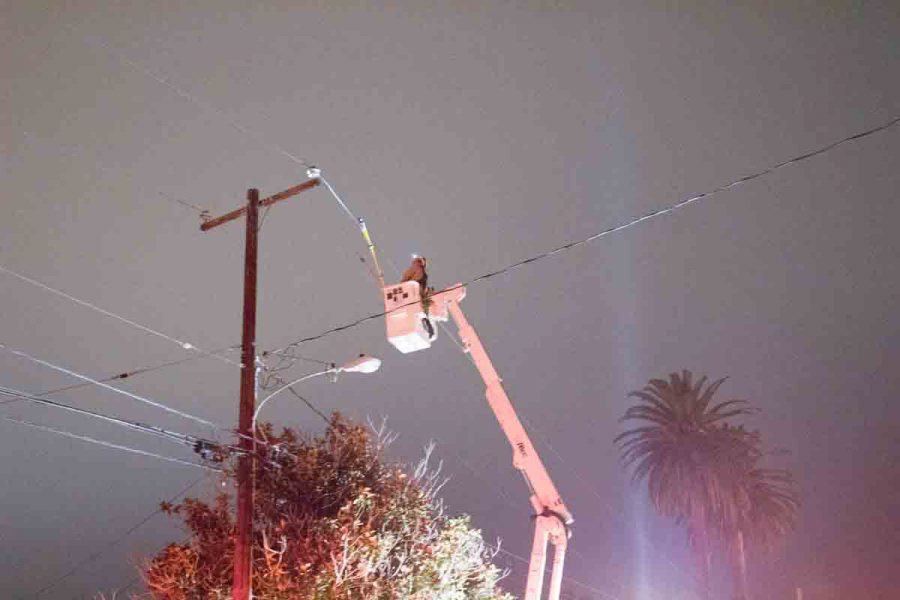 At about 8:40 p.m. students and residents living near the City College main campus might’ve heard a large explosion coming from the direction of the campus, and power was knocked out in the Cliff Drive and Mesa area down to the beach.

“We are currently investigating this issue and will post an update when there is more information available,” said Director of IT Jim Clark in a campus-wide email last night.

According to another email from Dean Nevins, executive director of IT, this caused a “widespread power outage on campus” and many systems failed when the backup generators failed.

Power was restored to the main campus around 7 a.m. this morning along with Pipeline, though Canvas was down until 8 a.m. IT is still working to restore the virtual desktop infrastructure.

The virtual desktop infrastructure is a software that allows students to access services that are exclusively available on SBCC computers. Students can download and have access to a “student desktop” profile that comes with Microsoft and Adobe applications.

The last power outage the college faced was on Feb. 9, when the system was experiencing issues related to user authentication. Users were unable to login for about an hour while they resolved the issue.

Prior to that on Oct. 6, 2020, the main campus experienced an internet outage where several systems were offline, including Pipeline and the virtual desktops. That issue was resolved in about 30 minutes.

Check back with The Channels for more updates.