Students to receive another $2.8M in CARES Act grants this February 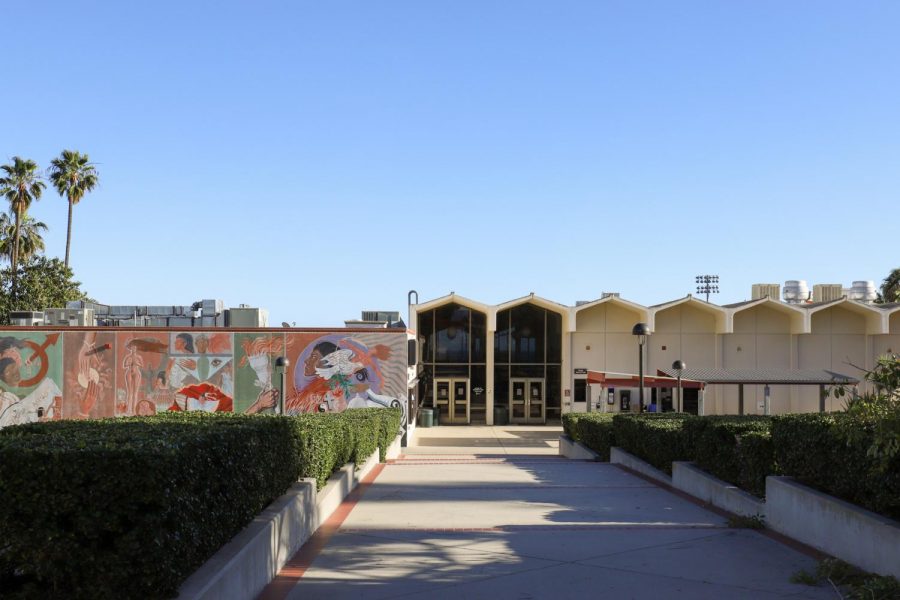 In the third round of CARES Act grants in early March, $2.8 million will be given out to students from the latest Federal COVID-19 relief bill. File image of the Campus Center from Jan. 26, 2021, at City College in Santa Barbara, Calif.

City College students will be able to apply for a third round of CARES Act grants by the end of this week.

The amount that will be awarded to students is $2.8 million, coming from a second HEERF stimulus bill which contains additional emergency grants for students. The college is expecting to receive this money by the end of February, with disbursement beginning in early March.

“We hope to have an application out and available probably mid-next week, where students will be able to apply for another round of CARES grants,” said Financial Aid Director Maureen Goldberg last week in an interview with The Channels.

Last spring, the Financial Aid office was able to provide $1,000 to over 2,000 students each from the first round of the CARES Act Emergency Grant. Goldberg served as the chair of the committee for the grants, and had them available to the students by May.

“We actually had CARES grant money out faster than most of the community colleges in our area, so we are very proud of that,” Goldberg said.

The second round of relief came in November of last year. During that time, $3.2 million was given to the college to help its students who had been affected by the pandemic. About $2.8 million came from the U.S. Department of Education, with a supplemental $380,000 from the CARES Act grants since the college is a minority serving institution.

Although the Financial Aid office has been able to assist students with grants throughout the pandemic, the SBCC Foundation also stepped in early before the CARES Act grants started. The foundation was able to donate nearly $2 million early last spring through its own COVID-19 emergency grant.

The foundation is a separate entity to the college, but it works together closely with City College to support students, even when there isn’t a global pandemic. It is not involved with this round of grants, but is still helping maintain City College and its students.

“The original CARES Act from last spring 2020 unintentionally favored four-year institutions and disadvantaged community colleges, because the way they measured how the funds would be divided were strictly on full-time equivalent students,” foundation CEO Geoff Green said. “And since the majority of community college students are part-time, that made it less of a distribution relative to the number of students for our institution.”

Green said that the new HEERF bill distributes a combination of full-time equivalent students, but also total student headcount. This bill also has a few metrics that are more favorable to community colleges.

Another point that Green brought up was that the bill has specific guidelines for how much money will be allocated to students.

City College will receive roughly $11 million total, with at least $2.8 million going directly towards the students and some going to other departments and areas that have been affected by COVID-19.

Goldberg said that in the last College Planning Council meeting, Superintendent-President Utpal Goswami said that he was anticipating to provide more aid, although the exact numbers aren’t set in stone.