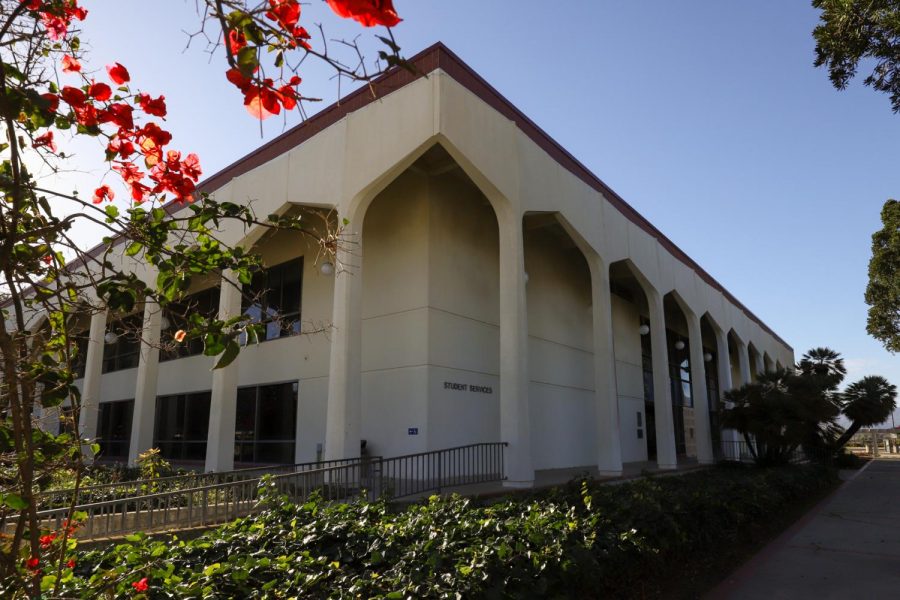 Board policy 3052 was drafted after an inappropriate student-teacher relationship last year. File Photo of the Student Services Center from January 2021.

The most recent update of a board policy prohibiting inappropriate relationships between employees and students was presented to the Academic Senate on Wednesday, Jan. 27.

Over the past couple weeks, the policy has made several trips back and forth between the Board Policies and Administrative Procedures committee (BPAP) and the Academic Senate.

The goal is to perfect the language to clearly define what actions they are trying to prevent and who the restrictions apply to.

“This particular attempt at making, suggesting or recommending changes to this [policy] … is much different than the last attempt that we saw,” said Academic Senate President Raeanne Napoleon. “I hope that the senate is much more accepting of the BP in the current state.”

The need for the policy was sparked by multiple complaints of inappropriate relationships between students and employees. Over the past two years, there have been eight of those complaints.

Among the most notable was the incident of a teacher giving alcohol and sleeping with a student who was under 21 last year. The teacher was put on administrative leave, but will eventually return to campus.

The initial document was drafted by trustees Marsha Croninger and Jonathan Abboud and has since come a long way.

“This is actually a lot more detailed than most board policies are,” said past president and BPAP representative Patricia Stark. “We tried very hard to do something that would basically be acceptable to the board but still respect the rights of faculty and staff.”

Some faculty members’ concerns were shared during the discussion.

Representative Jennifer Betancourt spoke on behalf of some employees who were not a part of the senate.

“I think they are kind of feeling like their lives as human beings are kind of being regulated a little more than they are comfortable with,” Betancourt said.

Napoleon responded by reminding the senate of the purpose of the policy.
“Remember that this BP is trying to protect students from predatory behavior,” Napoleon said. “The attempt of this was to try and center students.”
In the current edition, the term “inappropriate fraternization” has been given a narrower scope because they didn’t want to accidentally prohibit casual interactions between employees and students.

They also began to specify the different rules for faculty and non-faculty members.

If the policy is passed, the superintendent-president will also seek “a signed written statement” from each employee of their obligation to this policy, according to the document.

“There are specific things that simply go outside the purview of what I think is even legal for the college to ask of an employee,” said Professor Arthur Olguin during public comment. “It still needs work.”

No action was passed on this policy, but its fate will be decided by the Board of Trustees at their next meeting.

“There’s still a lot in terms of the nuts and bolts of how this is going to play out that’s going to be in the AP,” Patricia Stark said.

Corrections: The previous version of this article mentioned that the policy will return to the Academic Senate. The policy will go to the Board of Trustees where they will decide to keep it, deny it or revise it as they see fit. As of now, it will not be coming back to the senate.