SBCC employees to receive COVID vaccinations as early as February 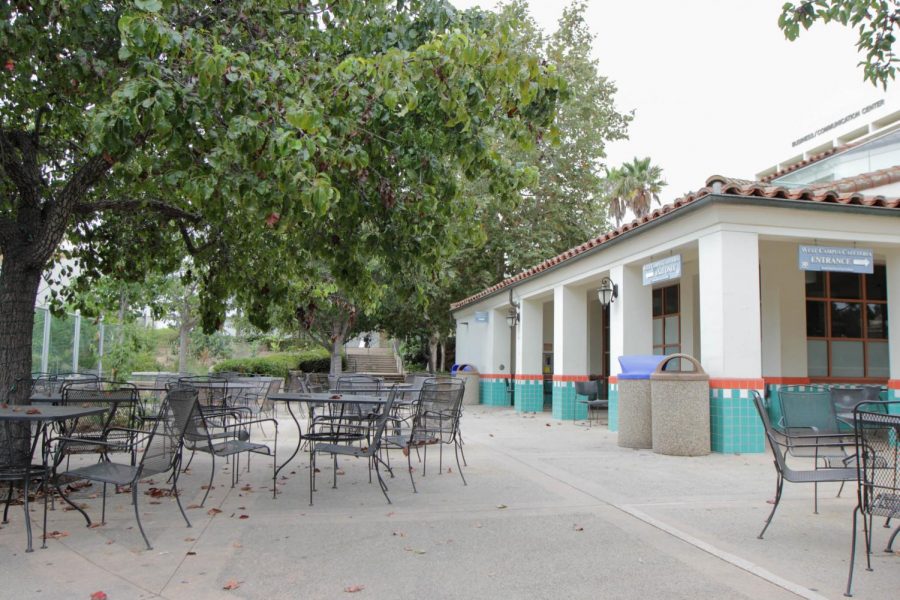 The City College campus is mostly vacant, because of the COVID-19 pandemic. Employees may receive vaccinations as early as February. File photo from August 2020.

The rollout comes on the heels of an updated COVID-19 report presented at the most recent Board of Trustees and Academic Senate meetings, which showed that there were only 12 total cases of students testing positive for the coronavirus, and zero cases among City College employees.

“I just want to make sure people remain cautious,” Superintendent-President Utpal Goswami said. “Vaccinations are right around the corner.”

The zero reported cases for employees may not reflect the actual number of employees that have contracted the virus since only those working on campus were required to report.

“I don’t know whether teachers have been infected while they are at home, but certainly teachers who have been teaching on campus have not been infected,” Superintendent-President Utpal Goswami said.

The 12 reported cases of students with the coronavirus were spread throughout four months, with one case reported in August, six in September, three in October and two in November. Only students who attended classes on campus were required to report, and many of the cases were from student athletes or physical education students.

Educators were moved into the essential tier for COVID-19 vaccinations, which will be the next targeted population to be vaccinated. Employees at City College may receive the vaccine between early February and mid-March.

“It has already been approved, but it has not started,” Goswami said.

There are three “phases” in the timeline of vaccinations, beginning with essential workers in the medical field in the first phase and educators in the second. Each phase has up to three tiers deciding which group would receive access to the vaccine first.

All three tiers of the first phase are underway, and though the second has started, only those 75 and older are currently being vaccinated.

Educators are next in line, along with food and agricultural workers and emergency services—firefighters, police officers, etc.

“We have already provided the number of employees we have that will need to be vaccinated to public health,” Goswami said.

The surge of positive COVID-19 cases in Santa Barbara county prevented City College from offering as many in-person classes as they had hoped for.

About 5% of courses are being offered on campus during Spring 2021, according to Goswami.

Goswami said in a campus-wide email sent in early January that the courses that will be offered in-person will be “essential infrastructure workforce programs.”

Some Physical Education classes were also approved to begin on Jan. 25.

During the past fall semester, 9% of courses were being offered in person, but that list did not include Environmental Horticulture or Early Childhood Education.
“I just want to make sure people remain cautious,” Goswami said. “Vaccinations are right around the corner.”
Returning to campus

According to Goswami’s latest update, remote work for employees will go until at least April 4. Only essential personnel will be working on campus. Goswami said it may be too late to bring any more classes back in-person.

connections as we continue to adjust.

“We are hopeful for improved health in our community so that we can look to welcoming more students back to campus,” said Goswami, in a campus-wide email in January. “That hope has to be tempered with the reality of how deep in the purple zone we are now.”