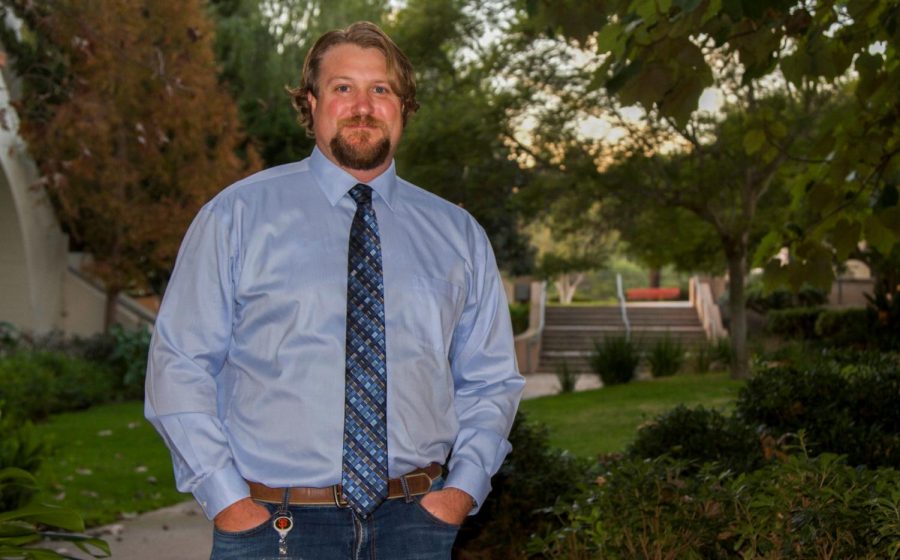 James Zavas outside of the City College Administration Building on Nov. 2, 2020, in Santa Barbara, Calif. Zavas has been working at the College for the past seven years, but is now leaving his position to start working for the Ventura Community College District.

Zavas will be leaving by mid-December. The college plans to fill the vacant controller position by mid-February 2021, according to an employee-wide email from Business Services Vice President Lyndsay Maas that was sent on Monday, Nov. 23.

“It’s a good opportunity that came up to work for a multi-college district. It’s a chance for growth and opportunity,” Zavas said.

Zavas was hired by Maas, who was the controller at the time, and began as the assistant controller in 2013 before taking over the head position in 2017. Besides overseeing the Fiscal Services branches of accounting, payroll and student finance, he also presents the budget to different governing bodies at the campus, such as the Board of Trustees and Academic Senate.

Although the accounting work is done behind the scenes, the services and information that’s provided by the department of Fiscal Services are vital to City College’s infrastructure and success.

Analyzing the millions of dollars in revenue takes a dedicated team of accountants and workers, with Zavas ensuring that every single penny is being spent where it’s supposed to be.

Maas said there are about 10 to 15 account numbers for each of the over 100 department budgets.

“One program may have 20 to 30 account numbers to calculate expenses,” she said.

An account number is each item that is being listed on the budget, such as instructor salary, class supplies and new equipment.

Maas said that Zavas’ knowledge in IT work made it possible to implement a salary budget module for one of the software programs used in fiscal services.

Before Zavas made the tool for the software, every individual salary for each instructor was done manually. Working with data from Human Resources meant that each calculation for the instructor’s salary was done with the utmost accuracy, and it eliminated the chance of missing an instructor.

As controller and later vice president of Business Services, Maas has worked with Zavas nearly every day for seven years and said that she has never had a better working relationship and that it is “a great loss” to lose that close partnership.

The position of controller is open for application, and Maas is hoping to “find someone with budgeting experience in community colleges.”

With the projected $4.9 M deficit, City College isn’t looking to have to train someone in financial services, but instead is looking for someone who can jump in head-first to find solutions that will benefit the college while prioritizing student success.