The Channels staff wins over 20 awards at journalism conference 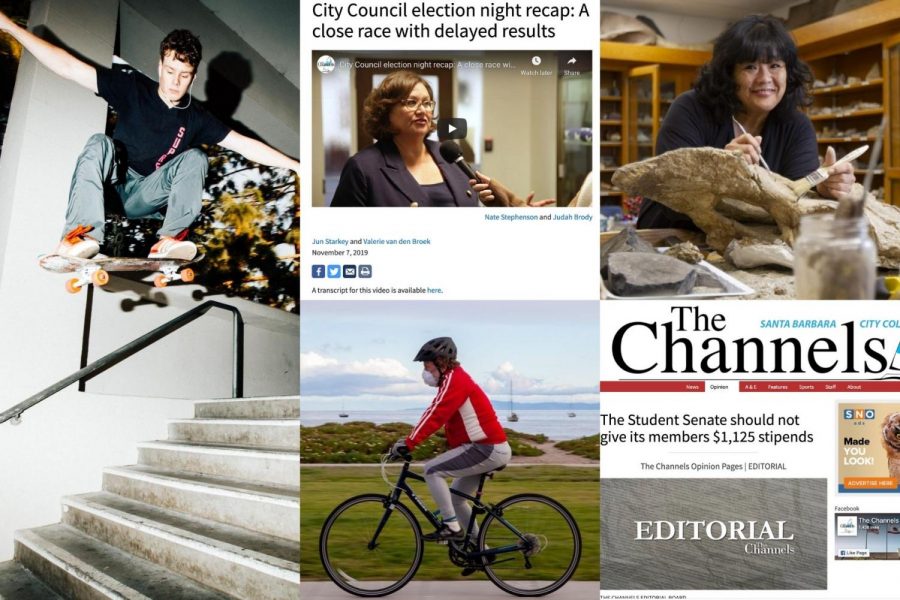 Some of The Channels' award-winning photos, video and stories that were recognized at the Fall 2020 JACC Conference on Sunday, Nov. 8. The Channels Staff received over 20 awards and honorable mentions, both with submitted work from over the past year and on-the-spot contests that took place during the conference.

The Channels staff received more than 20 awards and honorable mentions at the Fall 2020 Journalism Association of Community Colleges conference that was held virtually this past weekend.

The online event was forced to switch to an adapted format this year due to the pandemic, but students were still able to participate in competitions, lectures and workshops while interacting with fellow student journalists from across the state in various video and chat rooms.

“I’m really pleased and impressed and humbled by all of the great work that all of the student journalists did at this conference,” said Josh Molina, The Channels acting faculty adviser who also gave two lectures during the weekend. “They give 100%. They love what they do, they love learning, and the fact that they participated in this conference shows that they are really interested in being the best student journalists they can be, and hopefully, one day practicing the craft as a profession.”

The Channels staff took home a host of awards with work submitted from the past year in a diverse range of categories from opinion to best editorial, video production, column writing and photography—where former photographer Jesus Villafranco-Perez, former photo editor Nate Stephenson and current photo editor Desiree Erdmann were all recognized for their work.

Cruz, the current editor-in-chief, also won third place for column writing, and said he was proud to see City College’s student publication get recognition for a semester that had many obstacles due to COVID-19.

“We’ve stepped up to every challenge of being online this semester,” Cruz said. “It kind of shows how we’ve been putting in the work, and it’s good to see it pay off with awards. It just makes us want to get better.”