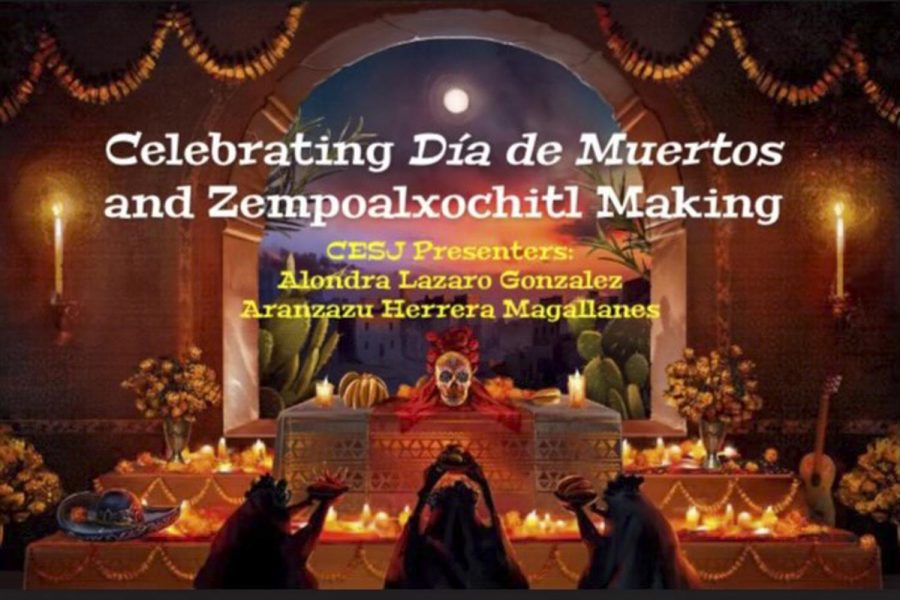 The Center for Equity and Social Justice held a virtual tutorial on making paper marigold flowers, and gave an overview of the history and celebrations of Dia de los Muertos. The event was hosted by CESJ Student Program Advisor Alondra Lazaro Gonzalez, with the tutorial given by CESJ peer advisor Aranzazu Herrera Magallanes, at 3 p.m. Friday Oct. 30, via Zoom.

Students learned the history of Dia De Los Muertos and how to make paper marigold flowers during a Zoom event held by the Center for Equity and Social Justice on Friday, Oct. 30.

“The historical root of the celebration dates back to prehispanic cultures of Mesoamerica and the indigenous people,” Gonzalez said.

The celebration comes from more than 3,000 years ago.

Gonzalez said that many of the indigenous cultures believed there are nine steps to get them the eternal place of resting in the afterlife.

One of the holiday’s customs is to make an altar decorated with candles, gifts and pictures of the deceased, called an “ofrenda.”

Food and water on the “altares” give the spirits the strength to get to their destination.

An altar can have up to seven levels that represents the levels that the spirited ones must travel through in order to get through their final resting place, Gonzalez said.

Aranzazu Herrera Magallanes, the peer advisor for CESJ, took the lead in teaching how to make the paper marigold flowers used for adorning altars and gravestones after the presentation.

Danza Mexica, also known as Aztec dance, was showcased at the event as well.

“[Danza Mexica is] a ritual, a ceremony, a way of meditating not only with the sun, with mother earth but also with those that have already passed away,” Gonzalez said. “It’s a way that they meet halfway through in life and in death.”

The “Calaca” is the most prominent symbol of Dia De Los Muertos. It’s a skull or a skeleton decorated with colors and is the meaning of an enjoyable afterlife.

“It’s not a sad time but instead a time of remembering and rejoicing,” Gonzalez said.