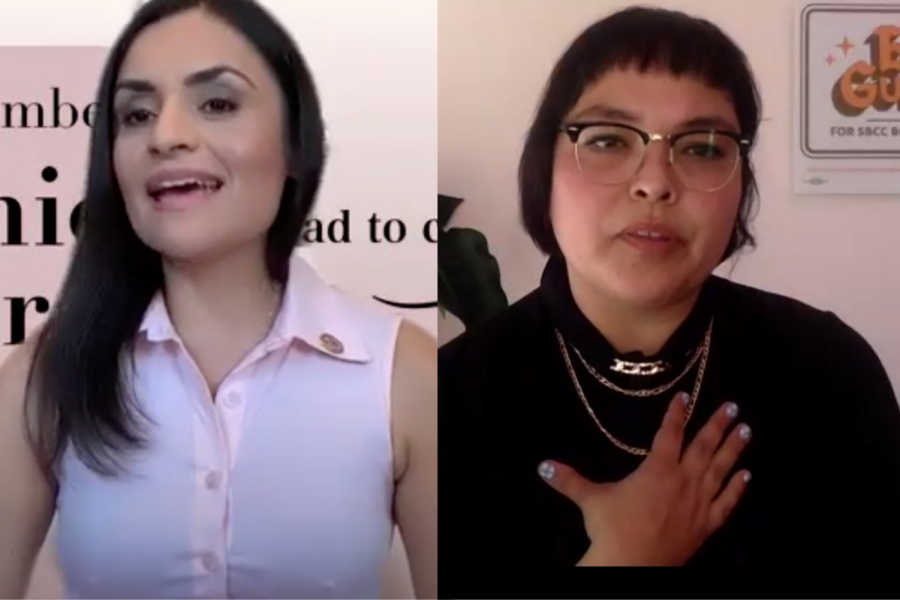 City College Board of Trustees Candidates Veronica Gallardo (left) and Erin Guereña (right) are neck-and-neck in the race for Area 3. Gallardo is in the lead by a narrow margin with 50% of the votes on the first night against Guereña's 49%.

The first results in the race between City College Trustee Veronica Gallardo and newcomer and business owner Erin Guereña are as close as an election can be, with Gallardo in the lead by a narrow margin with 50% of the votes against Guereña’s 49%.

The neck-and-neck race pits Gallardo’s experience against Guereña’s progressive values and represents an important decision on the direction of City College’s Board of Trustees, which has faced a pandemic, plummeting enrollment, a $4.9 million deficit and a lingering climate of problems regarding equity, diversity and inclusion.

“I think it’s really cool how close it is,” she said.

Gallardo, an elementary school teacher who has been on the Board of Trustee at City College since 2016, focused on a platform of fiscal responsibility during her campaign. Guereña represents a fresh face on the board, and said she is hopeful that she can help usher the college into a new age if elected as a trustee.

“Out of the ashes of coronavirus maybe there’s gonna be this whole renaissance on City College campuses across California,” said Guereña.

Though Gallardo holds the lead, only 63% of ballots have been counted, and both candidates are staying focused on their careers until final results are released. Gallardo said she is spending the night preparing to teach her classes and Guereña is focused on keeping her barber shop open during the pandemic.

Ballots will be counted and updated results will be posted on the Santa Barbara County Elections website.

Check The Channels for updated coverage on the Board of Trustees election.