Democrats Carbajal and Bennett both win big on election night 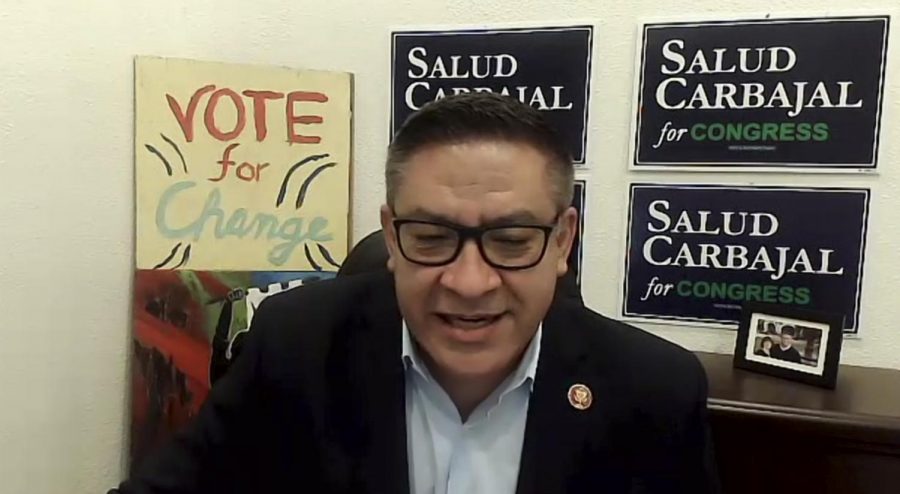 Representative Salud Carbajal speaks during the "Blue Wave Virtual Election Night Event" hosted by the Santa Barbara County Democratic Party on Nov. 3, 2020. The first results show Carbajal in the lead against Andy Caldwell for the 24th Congressional District with 66% of the votes.

Incumbent Salud Carbajal beat opponent Andy Caldwell in the 24th Congressional race, winning 63.2% of the votes (162,131). Caldwell received 36.8% of the votes (94,398). These results are likely to hold after the final ballots are counted.

Santa Barbara typically votes for a local representative for the State Assembly, Ventura resident Bennett was not expected to be up by such a large margin, but based on Santa Barbara’s past voting history, the results favoring a democratic candidate are not surprising.

The results are not final with ballots still being counted, but Bennett is more than likely to be the declared winner.