Goswami leads SBCC through crisis with student success as a priority 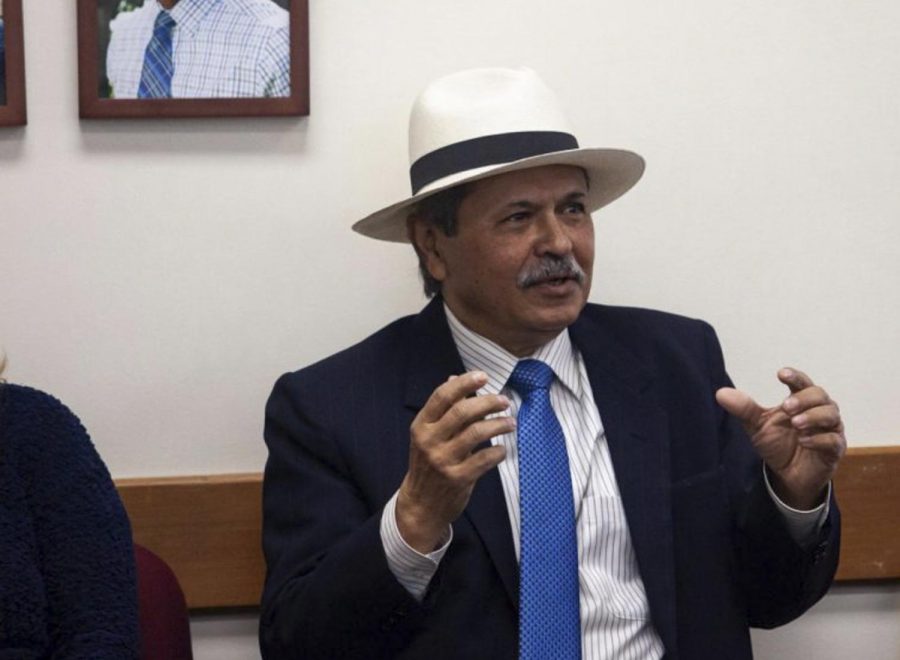 Having taken office in January, Goswami not only responded to the COVID-19 pandemic, but has faced issues from the college’s deficit to racial tensions on campus stemming from national controversies.

“Thankfully this is not my first presidency, so I’ve been through this before with some of the crisis situations,” Goswami said.

His 30-or-so years of experience in higher education — supplemented by his superintendent-president role at Metropolitan Community College-Longview — have helped guide his decision-making processes, ensuring that students are the priority.

“That kind of helped me a little bit to find a preference as to how to handle a crisis — and looking at important factors to look into and consider,” Goswami said. “So that is how I was able to proceed.”

Behind-the-scenes work goes into setting up each virtual learning semester. Even before students are able to apply and browse courses, the network has to be running, with Canvas being fully operational.

The role of staff and students have transformed since the college went virtual. The integration came with many discussions and perspectives from others.

“A lot of school leaders and administrators don’t work as hard as him,” said Jasmine Tuazon, executive assistant to Goswami. “He always includes others and asks for their input.”

Academic Senate President Raeanne Napoleon described him as a “straight-shooter,” and that he is forthcoming with what he is thinking. Napoleon said that former president Anthony Beebe’s leadership was “the opposite of Goswami’s in a lot of ways.”

“I found Dr. Beebe cared much more about how things looked than how they actually were, and that was very problematic for a leader [of] our college,” Napoleon said. “He seemed to escalate things and make things worse.”

Goswami’s style is calm, cool and collected when approaching any new issue, she said. “Things don’t escalate under him.”

Napoleon said she felt interim president Helen Benjamin was able to ruffle more feathers without having to face any long-term consequences because she knew her tenure was temporary.

It appears that Goswami has to consider the weight of his actions more seriously due to the length of his term.

With the college’s planned downsizing and budget cuts, Goswami explained that he is not looking at completely cutting programs, but reallocating the budget. There will be less full-time faculty hired and increased class sizes.

“Stress by wellness is not necessarily a bad thing. If you are getting stressed because you are trying to improve and you get frustrated doing that, that’s okay,” he said. “That’s a part of the game of improving.”