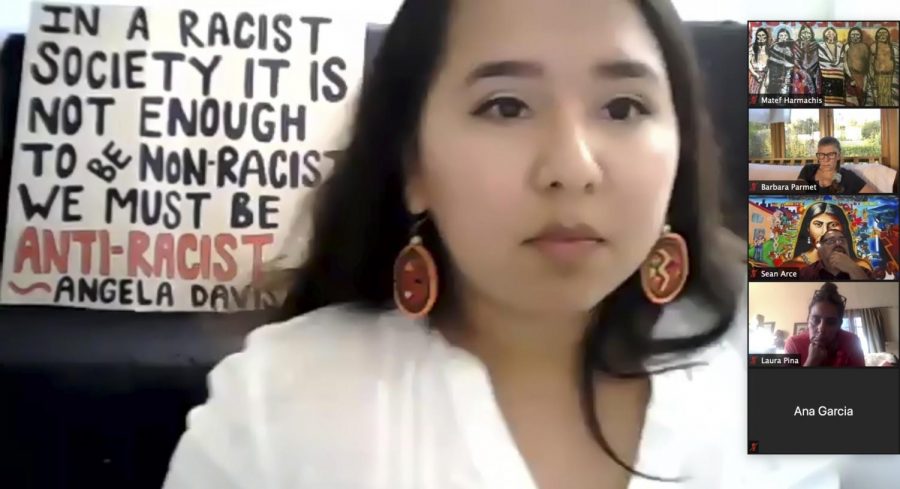 Screengrab of Fabiola Gonzalez during the “Overcoming Obstacles and Sharing Success: Ethnic Studies and a Form of Identity and Community” live panel held after the film screening of “Precious Knowledge” over Zoom on October 19, 2020.

EOPS and the Center for Equity and Social Justice screened the film “Precious Knowledge” and hosted a Zoom conference panel about social justice and equality on Monday to kick off Undocumented Student Week of Action.

The film tells the story of students at Tucson High School who fought to keep the Mexican American Studies program at their school. The five year legal battle against the school district ended up going all the way up to the U.S. District Court of Appeals.

“AB-705 is a racist educational policy that has demoralized our students at Santa Barbara City College and we need to address that,” Carrasco said.

The speaking panel consisted of Dr. Sean Arce, co-founder and former director of the Mexican American Studies Department at Tucson High School, along with other City College students, faculty members, and activists.

Participants shared their stories and experiences on social justice, activism, and racial equality.

To start off the discussion Arce told of his experiences going through the Tucson Unified School District legal battle.

“We knew deep down inside that we were doing the right thing,” he said. “We have to acknowledge that our struggle for humanity is a continuous struggle and that oppression is [and] has been continuous.”

Arce said that “developing a positive image of self and community” is the foundation for striving in academics.

Former City College student and daughter of immigrants, Fabiola González-Gutiérrez, said taking her first ethnic studies course in college was life changing. Said she was angry that the opportunity didn’t come to her sooner in life.