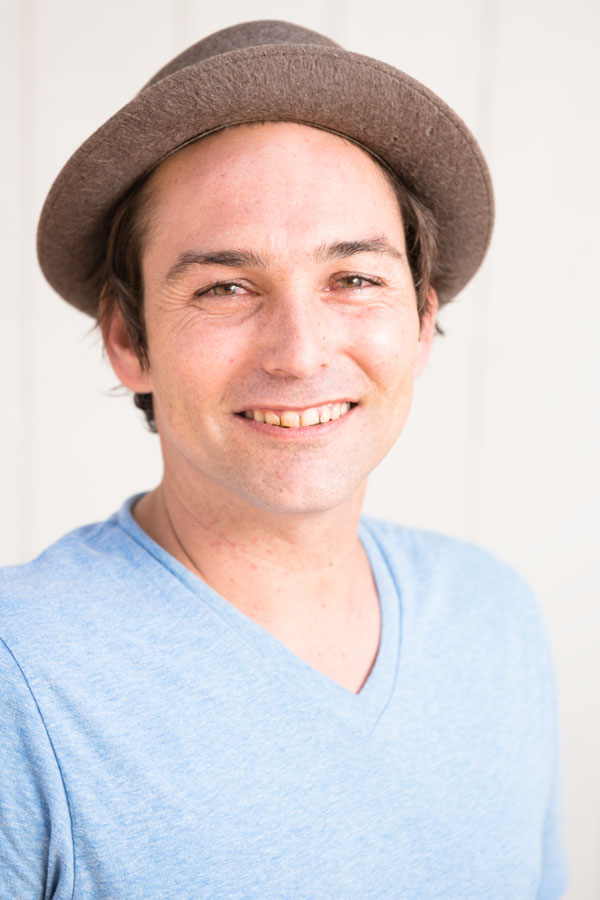 Author, journalist, poet and City College alumni Jon Vreeland was found dead in Mission Creek, on Sept. 15. He was 41.

He is survived by his wife Alycia Vreeland, two daughters Mayzee and Scarlett Vreeland , and step-son Preston Stuart Towers.

The cause of death has yet to be released, but given Vreeland’s past struggles with addiction and the area his body was found, authorities have suggested that his death may be related to a drug overdose.

Vreeland wrote openly about his struggles with drug and alcohol addiction in his book, The Taste of Cigarettes: A Memoir of a Heroin Addict, as well as writing about his experiences within The Channels’ opinion columns..

“It’s called ‘chasing the dragon,’ for some college students it is the deadliest pastime since Russian Roulette,” Vreeland wrote in his first staff column for The Channels in 2016, a glimpse into his writing style where he brought readers in to share his darkest moments.

This style would be a recurring theme throughout Vreeland’s work. He freelanced for the Montecito Journal and the Santa Barbara Sentinel where he wrote profiles on unique characters in his inimitable voice.

Vreeland mastered his creative writing skills as a student at City College, and was esteemed throughout the English Department.

“He came to City College already prepared as a good writer,” said Professor David Starkey, Director of Creative Writing, “I guess we were there to help polish up those skills he already had.” In 2016 Vreeland was awarded the William Olivarius scholarship, which is given each year to an outstanding english major.

Starkey recalled when Vreeland invited his wife and eldest daughter to attend the ceremony for his scholarship. Starkey remembers how proud Vreeland was of himself that night, and the special feeling was shared by his wife and daughter.

That sense of self-confidence in whatever he did was another theme of Vreeland’s life, as pointed out by his wife Alycia.

“Something that makes you cool or different or unique… He wanted to be known as a poet so he wore his little cap, had his little cigarette thing and a copy of Howl in his pocket, and talked to anybody that wanted to talk about poetry. He just wanted people to find their ‘thing’ and let it fly.”

Alycia is a local artist who was inspired by Vreeland, whose inspiration still carries through her artwork. She explained when she began painting and working with watercolor, it was Vreeland who suggested she should move on to more challenging mediums. It was Vreeland who bought his wife her first canvases so she could get her start.

She remembers their first date. Jon invited her to a “skate date” because he saw a skateboard in one of her Facebook pictures. She had to build up the courage to confess she hadn’t stepped on a skateboard for nearly 20 years, but she saw how patient and kind he was with re-teaching her.

“He was so non-judgemental. He loved his kids regardless of anything. He loved me and would push me in my artwork,” said Alycia.

Before his passing, he was working on two books under the titles of Church Named Sally and Pretty Boys Wear Black.

Church Named Sally documents Vreeland’s experience with The Salvation Army, while Pretty Boys Wear Black is a continuation of his life story, with the subject revolving around jail time.

Alycia  hopes to publish the manuscripts posthumously, with the royalties going towards his children, as he would have wished.