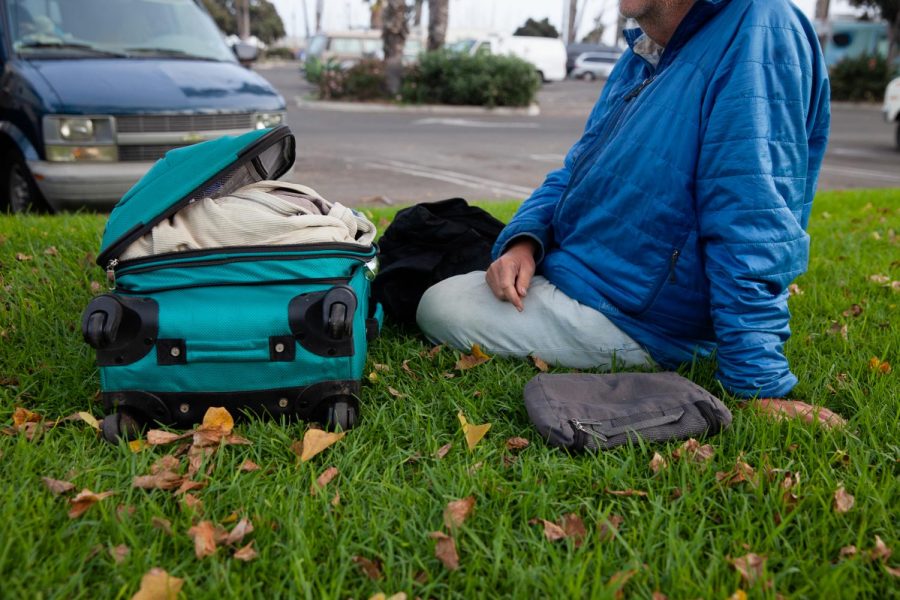 Homeless people in Santa Barbara have been forced out of common day use facilities like public libraries, coffee shops and restaurants as businesses comply with social distance practices leaving less resources for displaced citizens.

California’s shelter in place order given March 19 has drastically affected everybody’s lives, but for those who do not have a home, the order has put them in an especially dangerous position.

Santa Barbara’s homeless shelters have been forced to take up additional precautionary measures to protect the nearly 2,000 homeless people living in the city during the crisis..

Despite being considered a more at-risk category,  there have been no homeless people in local shelters reported to have the disease as of April 1.

“They are no doubt a vulnerable population… but we haven’t really been hit yet,” said Chuck Flacks, Director of Programs at People Assisting The Homeless.

PATH is an organization focused on ending homelessness for individuals and the community that offers interim housing in Santa Barbara, and is one of three main housing options for homeless people in the community.

“Just keeping the place running is a bit difficult during the virus,” said Flacks. Many staff members are not able to come to work, leaving shelters understaffed.

Despite this, PATH, like other shelters and organizations, has put heightened regulations in place to maintain distance and cleanliness in its housing.

It has also arranged to quarantine individuals who present symptoms in hotels.

The organization has had four people in its care present symptoms as of March 27, but none had tested positive for COVID-19.

Flacks attributes much of the successful preparation of shelters to the strongly connected national community dedicated to ending homelessness.

Continuums of Care, or regional bodies that coordinate services for the homeless, help keep communities and geographic areas closely linked.

The public health department and CDC have also assisted in providing the resources and necessary provisions to aid in the crisis.

Additionally, the Santa Barbara City Council has voted to halt evictions of tenants who fail to pay rent during this pandemic.

A recent point-in-time count, or a count of the people on the street on a single night, indicates that 400 individuals in Santa Barbara live unsheltered.

PATH, the Salvation Army and the Santa Barbara Rescue Mission all house a limited number of people, but the county plans on establishing temporary shelter with 250 additional beds, said Flacks.

Check back with The Channels for ongoing coverage of the coronavirus pandemic.