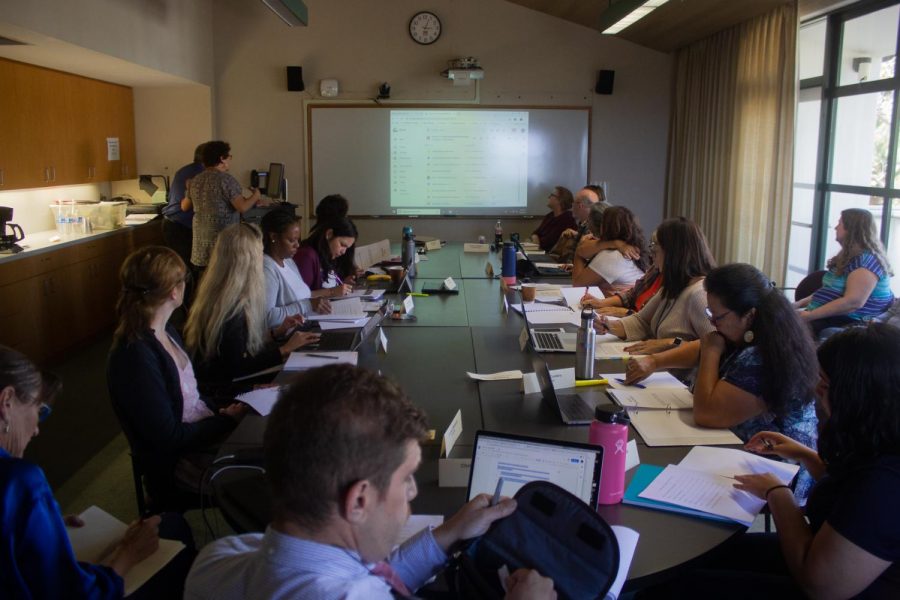 As the closure of City College forces students online, campus governments must also transfer their operations online while remaining in compliance with California’s open meeting laws.

The Brown Act, a California law dictating the government’s accessibility to the public, normally requires all members of a board, a clerk and public attendees to be physically present at the meeting.

However, in light of the coronavirus pandemic and Gov. Gavin Newsom’s March 19 ‘self-isolation’ order, the governor has authorized all open meetings to be held via telecommunication and waived the section of the Brown Act that details the requirement for physical attendance.

The Board of Trustees will be holding a special meeting Monday via video conferencing, with the livestream available on Youtube for the public.

The Academic Senate, while not meeting until after spring break, is also committed to staying accessible to the public.

“The two things most pertinent to the senate are how to allow the public to attend the meetings and how do we enable public comment,” said Academic Senate President Patricia Stark.

A core principle of the Brown Act is ensuring that governments are easily accessible to the public, and online-only meetings could raise concerns in this area.

Closure of the campus library as well as public libraries may limit internet access for those without computers or Wi-Fi, but the college has allowed long-term rentals of Chromebooks to help those with this issue.

Online-only materials can limit accessibility for individuals without internet access, as shown when City College’s Associated Student Government publicly apologized when it failed to post a physical copy of its agenda for two consecutive weeks.

While the Brown Act itself has been modified to allow remote meetings, the concern still remains that the public won’t be able to freely access them.

“It’s important that we continue to foster the public input in meaningful ways because we have so many important issues before us—with the potential to affect so many students,” said Stark.

The Associated Student Government, which usually meets weekly on Fridays, announced via email March 17 that it would not hold regular or special meetings for the upcoming two weeks.

Check back with The Channels for coverage as these changes to government meetings develop.