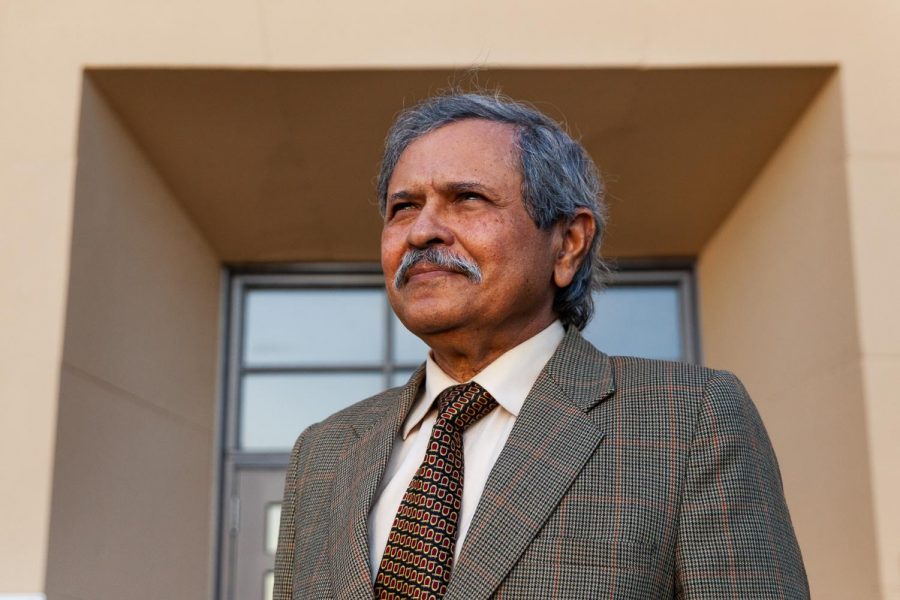 Dr. Utpal Goswami settled into his role as the new Superintendent/President of City College over winter break. “We need to create a space where people can trust [the administration],” said Goswami in front of a large whiteboard bracketed with initial plans of action in the president’s office in the MacDougal Administration Building on Tuesday, Jan. 14, in Santa Barbara, Calif.

Utpal Goswami walked onto the stage of the Garvin Theatre, gazed out at the crowd and knew that all eyes were on him.

More than 100 people — students, faculty, staff and community members — stared right back at him. He sensed an air of apprehension and uncertainty coming from the audience.

It was the ultimate job interview, for everyone to judge for themselves, whether this man had what it takes to lead the college into the next decade.

“If the people you work with are fundamentally good, you can solve any problems,” Goswami told The Channels, reflecting back on that moment.

The next day, the Board of Trustees hired Goswami, and nearly four months after his very public interview, Goswami now finds himself at Ground Zero of perhaps the college’s most important and pivotal time in its 111-year history.

The past 2 years at City College have been some of the most embattled and controversial times in the college’s history.

During this time the college has grappled through lawsuits, financial struggles, racial and equity issues, steep declines in enrollment and surveys showing the deep distrust between the college’s faculty and administration.

Despite these issues, Goswami said he is proud of City College for creating a dialogue.

“We need to reenergize the art of dialogue,” he said. “We need to show how to have a conversation with someone who thinks differently.”

Goswami served as the president of Metropolitan Community College in Kansas City for seven years and has worked within community colleges for over 30 years.

He said he is looking forward to bringing his style of leadership to City College.

Goswami, who has a doctorate in economics, comes off as a very calculated person.

Every question he is asked is followed by a long pause, leading to a carefully crafted response. In his office, there are flow charts resembling game plans written on his whiteboard, outlining plans for different areas of the campus.
‘If a community is not growing, it is dying.’ — Utpal Goswami
The Board of Trustees President Robert Miller said Goswami has been devising solutions to City College’s problems since the first interview.

“Even before he began he was thinking about how to address our issues,” Miller said.

Miller said Goswami’s calm demeanor makes him an excellent listener, something he feels is essential in deescalating the campus climate.

“He responds with a calm confidence,” Miller said. “I think he’ll be very decisive.”

Goswami said the key to dealing with difficult or uncomfortable issues is transparency and maintaining trust between the administration and the campus.

“Our actions demonstrate our intentions,” he said. “My philosophy is to own it, and admit when I make mistakes.”

Goswami said the welfare of the students should always be the first priority of a college.

“The wellbeing of the students is a given for any institution,” Oehler said. “Taking care of staff is important, and he did, but we both knew that students came first.”

Goswami spent his first few weeks in Santa Barbara exploring the campus and trying to learn more about the college through staff, faculty and students.

Goswami described the campus as “lively,” observing the bustle of students moving to and from classes.

This process of observing is how Goswami will begin understanding what City College is lacking, and what the administration can do about it.

“I meet with everyone and ask them what they want me to work on,” he said.

As he begins to lead City College into the future, Goswami said he will always keep the prosperity of City College students at the forefront because “if a community is not growing, it is dying.”