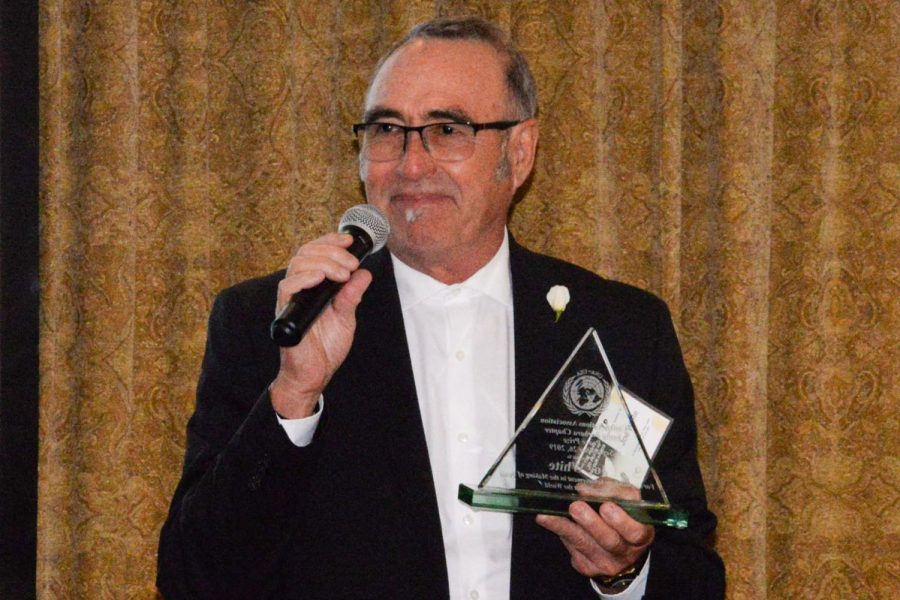 Former City College professor Joe White was recently awarded the 2019 Peace Prize from the United Nations Association for his A Year Without War project, which he created in 2011.

White was a philosophy professor at City College for over 30 years, serving many of those years as the philosophy department chair until he retired in 2017.

White said he created the now-global project with the intent of building a web community of students around the world to work towards a one-year United Nations truce.

“We aspire to abolish war,” he said.

The Santa Barbara and Tri-Counties chapter of the United Nations Association presented White with the prize, which is given each year to “an individual who has achieved worldwide impact in the service of peace in a way that is tangible and measurable,” according to its website.

Every two years, the United Nations signs a two-month global truce in honor of the Olympic Games. A Year Without War wants to extend this truce by 10 months.

Although the organization was originally working towards reaching this goal in 2020, it is now focused on the year 2024, when the Olympics will be in Paris.

“It’s really hard to change history,” White said. “We’ll just keep working until we hit one of these Olympics years.”

Once A Year Without War achieves its one-year truce goal, White said it will continue building a community and working towards another year without war. It will also encourage countries to use the approximately $2 trillion spent annually on war towards solving other global problems, such as climate change and global pollution.

White said he was “obviously quite surprised” when he won the Peace Prize.

He was among six other nominees, including Leslie Clark, founder of the NOMAD Foundation, Linda Eckerbom Cole, founder of African Women Rising and Victoria Riskin, chair of Human Rights Watch, Santa Barbara chapter.

“It was an honor to be nominated,” White said.

White said A Year Without War currently has over 40,000 followers from around the world and continues to grow. The organization has been around the world, with delegations at the U.N. International Day of Peace in 2016 and the 2017 World Summit of Nobel Peace Laureates in Colombia.

White said he wanted to remind people how big, important things can start from small things since A Year Without War was started at City College.

“Big things can happen if you use your imagination and talk,” White said. “Dream big.”