Briefs: Campus events for the week 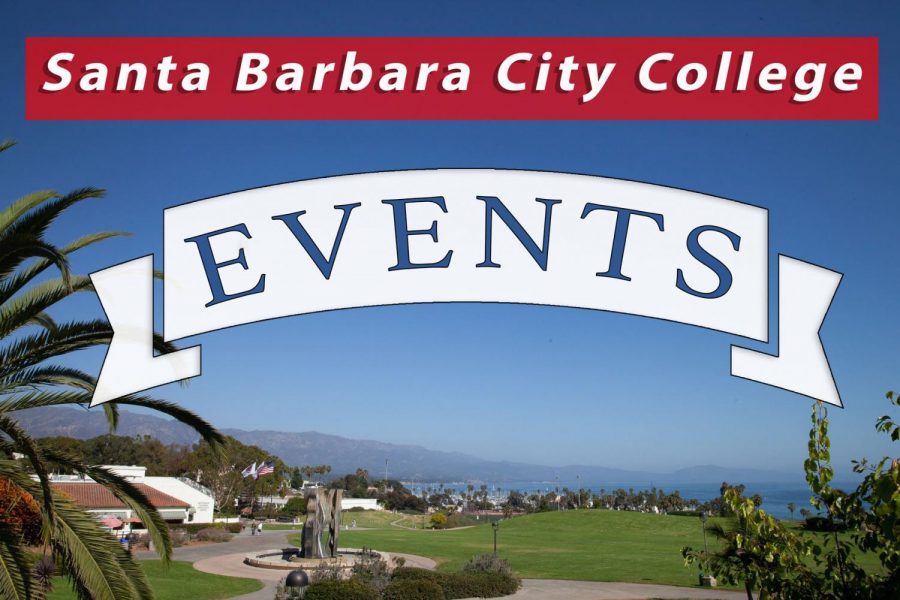 Tuesday, Oct. 29: The Center for Equity and Social Justice and the Luria Library will be collaborating for the “Social Justice Story Time (for Adults!)” event at noon in the West Campus Center Room 207. This event will use children’s literature to explore and discuss social justice topics. Other events hosted by the Equity Center, including film screenings, can be found on its calendar.

Wednesday, Oct. 30: City College will be hosting a free “College Night” for students in the Santa Barbara area. Representatives from over 60 colleges and universities will be present and students can receive information about financial aid, four-year admissions applications and the SBCC Promise. The event will take place from 6 p.m. to 8 p.m. at Dos Pueblos High School.

Thursday, Oct. 31: The Campus Store will be hosting a “Halloween Festival of Frights,” which includes a fall sale in the bookstore, free Halloween makeup from the cosmetology department, candy, a costume contest and more. The event will take place from 11 a.m. to 2 p.m. in the Campus Store.

Friday, Nov. 1: The Scheinfeld Center will be hosting its “Get REAL Shark Tank” event in the Business-Communication Building Forum at 2:30 p.m. Four City College students will compete for a monetary award and other opportunities, and a panel of angel investors will determine the winner.

Monday, Oct. 28: After a first-round on Sunday women’s golf looks to finish strong in the last round of the WSC Finals at noon at the Camarillo Springs Golf Club. Monday marks the Vaqueros’ last tournament before the playoffs begin on Nov. 10.

Tuesday, Oct. 29: Men’s Soccer looks to get its first win in four games on Tuesday as it heads down PCH to battle Santa Monica College at 1 p.m. Women’s soccer will play for its fourth win in five games when they face Cuesta College at 7 p.m. at La Playa Stadium.

Wednesday, Oct. 30: Women’s volleyball looks to get another conference win when they battle Ventura College at an away game at 6 p.m. City College is 0-1 against Ventura this season.

Thursday, Oct. 31: Men’s Soccer continues its road trip on Thursday as they square off in a Halloween match against Allan Hancock at 3 p.m.

Friday, Nov.1: Basketball returns to the Sports Pavilion as City College’s women’s basketball team kicks off its season at 6 p.m against Taft in game one of the MTXE Crossover. Women’s volleyball looks to beat LA Pierce College on the road in one of the team’s last conference games of the season. Over at Santa Barbara High, Women’s Water Polo will kick off its annual Halloween Invitational at 5 p.m against West Valley and return to the pool at 6:20 p.m to battle LA Pierce College.

Saturday, Nov. 2: City College football will play its last home game of the season on Saturday against Allan Hancock. The team is 2-5 this season, and 1-1 in conference play. Later in the day, the MTXE Crossover tournament continues as women’s basketball takes on Butte College at 6 p.m in the Sports Pavilion. Women’s water polo wraps up the Halloween Invitational with matches against the UCSB Club team, Cerritos College, and the City College Alumni at 10 a.m, 1 p.m. and 2 p.m. respectively.