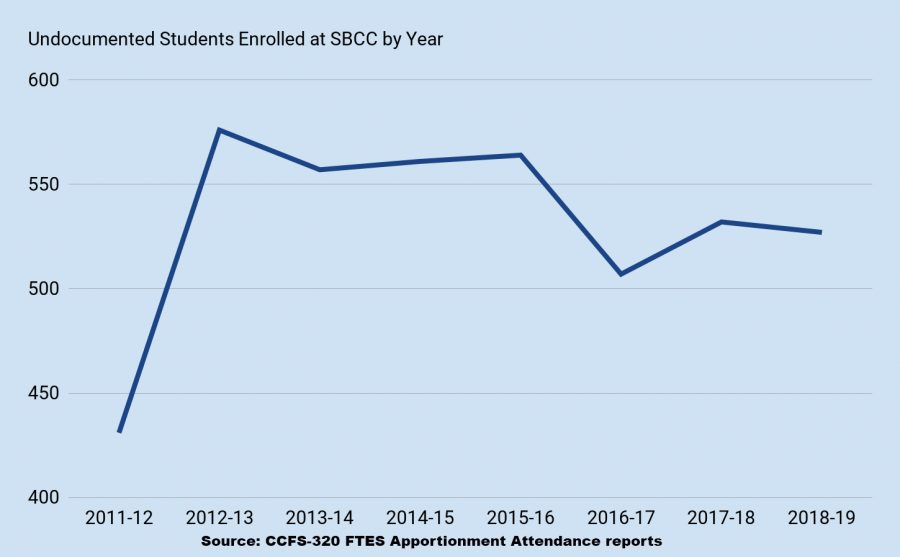 Last week, City College held an event called “Undocumented Student Week of Action” to provide aid for undocumented students and raise awareness about the resources already available at the school.

The second annual occurrence of the state-wide event involved a variety of workshops and a talk by speaker Denea Joseph. The events included screenings of “The Sun is Also a Star” and “UNdocumented.”

The school also gave students the opportunity to view webinars on paying for college and accessing legal support.

“I love that there is a full week of recognition and support for these students that are probably going through a difficult time in their personal life,” said Associated Student Government President Alexandra Montes De Oca. The student senate approved funding for some of the events of the week.

The final workshop of the week, held in the Extended Opportunity Programs and Services Lab in the Student Services building, provided a group of students with the opportunity to cold-call the offices of dozens of congress members and push for their vote on pro-DACA measures.

“[The students] can discover their power through their voice,” said student program advisor Ismael Paredes Ulloa, who guided the workshop. “This country was built on social justice.”

The students encouraged lawmakers to find a permanent solution to the DACA program, “address the humanitarian crisis at the border,” and vote in favor of the 2019 American Dream and Promise Act and the No Federal Funds for Public Change Act of 2019, according to the provided letter template.

Although the week is over, City College still offers resources for its 527 enrolled undocumented students and anyone else who needs them.

Undocumented students made up 3.3% of enrollment in 2018, a small but significant subset of the population. The number of students in this category has decreased slightly since 2012, but it remains an important part of the City College community.

Former student Leslie Marin, who now works with EOPS, said that the opportunities for undocumented students to receive aid increased while she was attending.

“They didn’t have a specific place to go when I started, now they have this week free of cost,” she said.

She explained that she had helped people get aid as president of the I.D.E.A.S. club, which no longer exists, but now the week of action teaches undocumented students how to get that help from the school.

“Students are becoming familiar with the resources such as DACA renewals, places to ask questions, and financial assistance,” said Marin.

Resources for undocumented students and those wanting more information are available from EOPS in Student Services Center Room 240.