Sports Pavilion to be replaced with new $40 million athletic complex 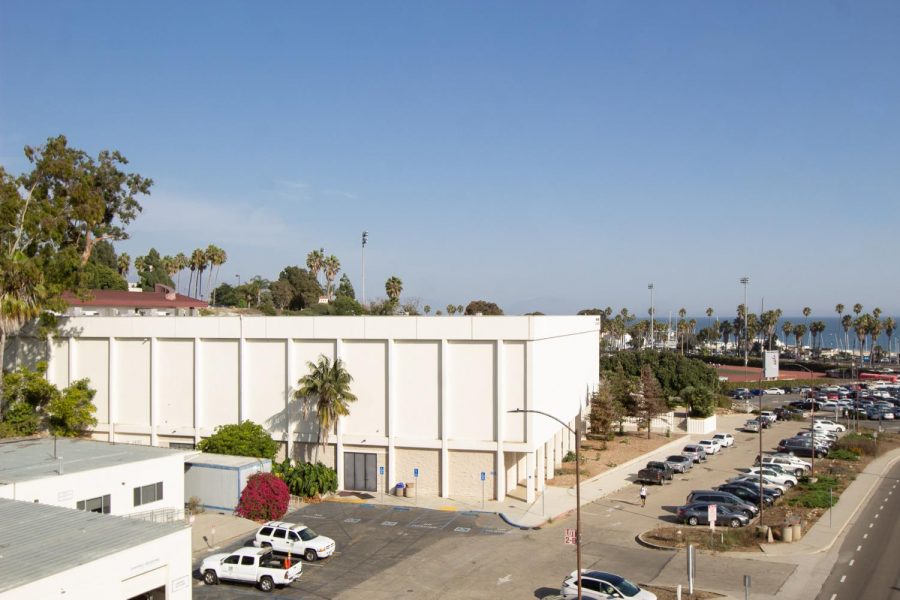 The state plans to demolish the Sports Pavilion and rebuild a $40 million state-of-the-art athletic complex.

The current building suffers from broken pipes, outdated technology and a lack of disability access.

“It clearly was not just a college priority because of the condition of the buildings,” said Board of Trustees member Kate Parker.

After being on a California-wide list of buildings that need renovation, the state approved $31.9 million for the project, with the district paying the remaining $8.1 million.

The funding comes from a program that is geared towards replacing buildings that are cheaper to knock down, rather than fixing areas that need mending.

“I think we have to knock it all down and build it back up,” said Athletic Director Rocco Constantino.

The project is now in the planning stages and construction is slated to begin in August of 2021 and finish in December of 2023. LPA, an architecture firm with offices in California and Texas, has been chosen to lead the renovation. The firm is experienced and has designed, engineered and built office buildings, training facilities, schools and athletic complexes.

On Thursday, Director of Higher Education at LPA Steve Flanagan, spoke to the Board of Trustees at one of its monthly meetings.

“We’re going to give you a building that has the Santa Barbara City College signature on it,” Flanagan said.

As many campus buildings have not been updated since the ‘60s or ‘70s, the Sports Pavilion has fallen victim to decades of use and gradual deterioration.

“A lot of issues arise with old buildings,” said Constantino, noting that many of the repairs in the complex are not long-term solutions.

Though there are no renderings of what the new athletic complex will look like yet, LPA proposed four different concepts at the Board of Trustees meeting. One concept includes moving the gymnasium closer to La Playa Stadium, while another proposes building an amphitheater where the Life Fitness Center currently is.

By law, the square footage of the new athletic complex has to match the area of the current buildings, and all of LPA’s proposed concepts work within these limits.

La Playa Stadium will remain untouched during this renovation, but Constantino said that there are plans for updates to the stadium that will be made over the summer, including replacing the turf on the football field.

There are no set plans for an interim gym while construction is going on, but one proposal is to leave the gym while the other half, which will include offices and classrooms, is being built and then tear down the pavilion.

Along with replacing the old buildings, the renovation is expected to solve some of the campus’s accessibility issues, as well as make the complex more environmentally sustainable.

At the meeting, board members had questions and recommendations for Flanagan after his 20-minute presentation.

Trustee Parker asked that LPA include student voices in their planning process.

“We love working with students and it’s amazing the fresh ideas and collaboration we can get out of them,” Flanagan said.

Trustee Veronica Gallardo expressed her hopes that the new buildings will be safe for all students and was glad to see a plan from LPA so early in the process.

Trustee Marsha Croninger voiced her concerns over the project, saying that she isn’t sure how the community will react to having such a new, modern building amidst traditional Santa Barbara architecture.

The Moxi Museum on State Street was used as an example of how LPA could combine classic Santa Barbara style while intertwining it with modern elements.

President Robert Miller echoed his fellow trustees’ concerns and excitement over the project.

Above all, Constantino and the trustees hope that the new complex preserves the beauty of the ocean that is just steps away from campus and gets students excited to come to school.

“I want it to be a place that students are excited to come to,” said Parker.

Athlete or not, the new athletic complex will be a place for all students to spend time with one another, whether it be through exercise or cheering on their friends.