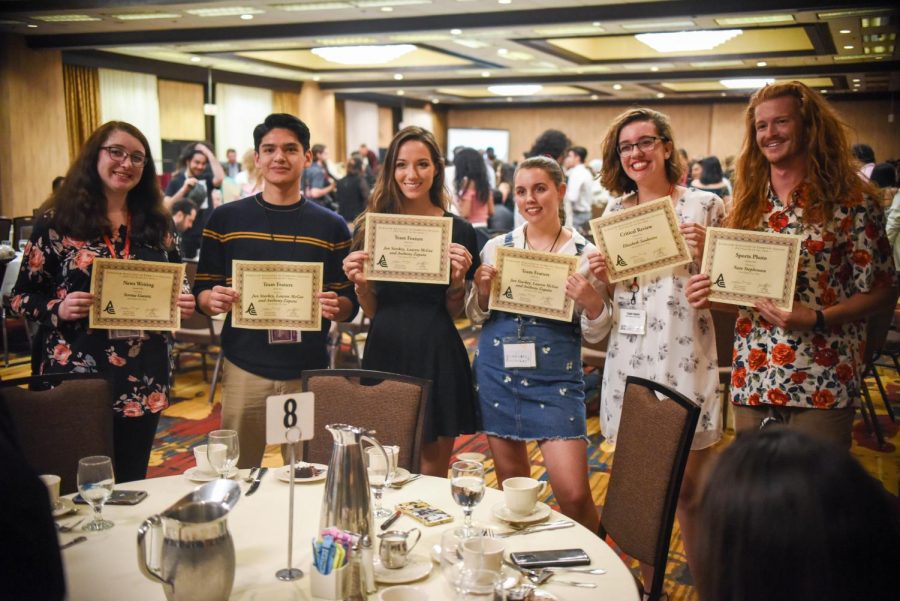 The Channels staff won first place in the state in editorial writing along with 13 other awards at the 64th annual Journalism Association of Community Colleges Conference last weekend in Sacramento.

“It was inspirational to see student journalists from The Channels and from across the state come together to showcase the best of what journalism has to offer,” Molina said. “These students are passionate about their craft, diligent in their pursuit of the truth and ambitious in their reporting.”

The Channels played a larger role at the convention than just attending the events and contests. Molina and Editor-in-Chief Delaney Smith spoke on a discussion panel titled “Covering Our Diverse Campuses” and Rose taught a video workshop titled “Video From the Ground up.”

“It was nerve wracking at first and I was incredibly nervous, but it went really well and it was very well-received,” Rose said about teaching his first workshop. “I was happy when some students showed me a shot from their video project that they said was inspired by my workshop. It was very gratifying.”

“How to Write a Great Game Story,” “The Anatomy of Fake News,” “How to Transfer and Thrive” and “Covering Mental Illness and Suicide” were among some of the other discussions and workshops students could attend.

“I have great confidence about the future of journalism knowing that these talented journalists trained in the community college system will be at the front lines covering a dynamically changing world,” Molina said.