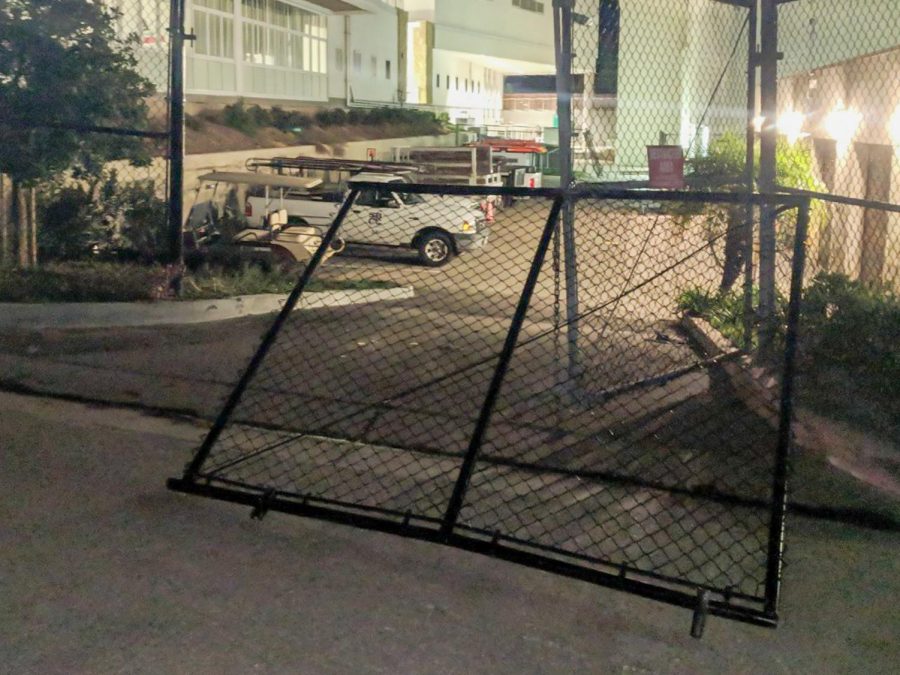 Over the course of three weeks, on six separate occasions, half a dozen teenagers unleashed havoc on City College using spray paint and the college security’s golf-carts.

The vandalism occurred on East and West Campus over winter break. According to Director of Campus Security Erik Fricke, the culprits damaged electric carts and cart parts, gates, pillars and a bathroom in the MacDougall Administration Building. One cart was damaged beyond repair and is estimated to cost $12,000.

The first two incidents took place on Dec. 8 and 9, 2018 and were reported at 7 p.m. when Campus Security got a call from a resident of the apartments overlooking the parking lot 4E on West Campus. The resident reported a group of adolescent boys on skateboards playing around with electric carts.

The carts were vandalized, driven into a light post and crashed into the wall of the Facilities Building. When security arrived on the scene, they discovered the electric carts had been severely damaged.

After the first incident, Campus Security positioned its officers in front of the parking lot in case the vandals returned. The police did not arrive until the second day of the incidents.

The third incident occurred on Dec. 16 when security officers discovered a damaged cart around 3:45 p.m. in front of the MacDougall Administration Building. Fricke said he believes the vandals also collided into a pillar, causing damage to the headlight and shattering the front windshield.

The words “Crip,” “losers,”  and “gay,” were also spray-painted in red on the wall of the building. Security contacted the Santa Barbara Police Department again following this incident.

The fourth incident was on Dec. 24 when a security officer discovered that two electric carts had been vandalized around 2:30 p.m.in parking lot 4E.

The suspects ran one of the carts into the fence again and knocked a tire off the rim of the second cart. The fence and both the carts were severely damaged.

City College Security called the police again and filed a report with them.

The fifth incident occurred on Dec. 28 when security officers saw teenage boys walking away from the facilities yard. They did not make contact with the boys and immediately called the police, but later discovered that the carts in lot 4E had once again been spray painted with vulgar images of male and female genitalia along with other offensive graffiti.

When police arrived on the scene, they made contact with the suspects but were only able to file a report due to the suspects not being caught in the act.

On Jan. 3, 2019, a custodial staff member came across graffiti in the locker rooms of the JSB Café men’s bathrooms. Fricke said the tagging is very similar those on the carts and on the Administration Building. The graffiti is believed to have been done at an earlier date.

The vandalism appears to have concluded following the suspects’ encounter with the police, Fricke said.

Because the incidents are currently under investigation by the police department, no information about the vandalism or suspects has been divulged.