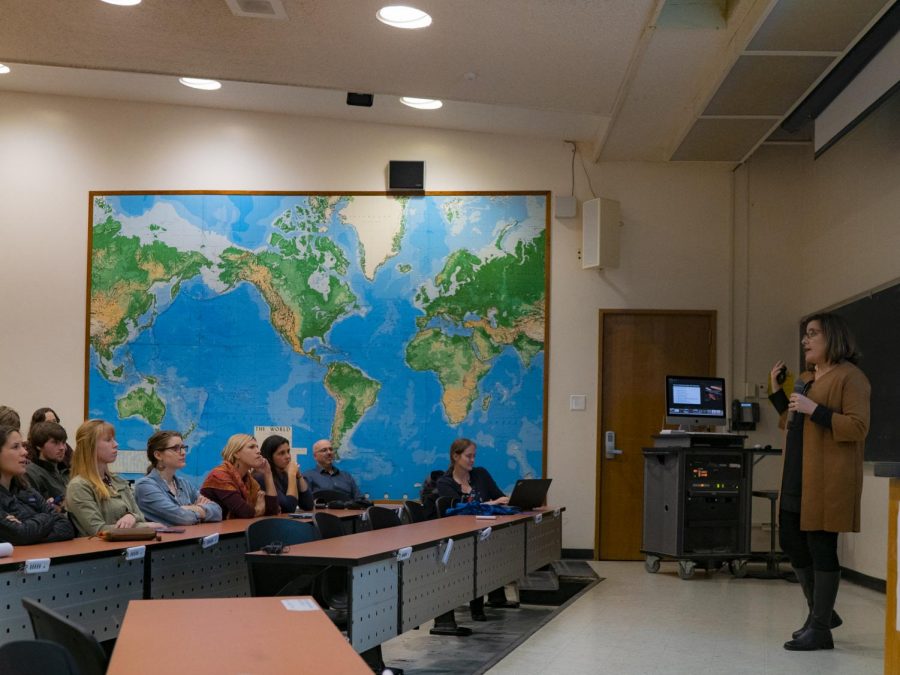 Dr. Sara Goldrick-Rab, Temple University professor and author of “Paying the Price,” spoke to City College Wednesday about her new book and the economic crisis in American colleges.

Goldrick-Rab began her talk by explaining how college students today nationwide who struggle with basic needs such as homelessness, food insecurity, and high student performance standards are typically assumed to be “lazy and self centered,” but are most likely in need of the most support.

“The neat thing about millennials is that they want to do good in the world,” said Goldrick-Rab, recognizing the drive in college students that many stereotypes work against.

Goldrick-Rab began her career at University of Pennsylvania in 2004, and has since pursued a position in higher policy at Temple University. She commits her Monday’s and Tuesday’s to the two classes she teaches, Why Care About College, an undergrad class as well as a post grad seminar, Making College Affordable.

In an introduction by City College Professor Adam Green, advisor of the SBCC Student Sustainability Coalition who hosted the event, he described Goldrick-Rab as someone whose ideas became policy, made change and progress, and turned data into change.

Many students in the lower and middle class feel confined to the Free Application for Federal Student Aid (FAFSA), or what she refers to as “a small American bureaucratic tragedy.” FAFSA fails to address major housing elements but demands students provide expected family contributions (EFC) with the assumption that the family will take care of the student financially.

In 2013 Dr. Goldrick-Rab founded the Wisconsin HOPE Lab, which more recently evolved to the Hope Center for College, Community and Justice, and aims to document modern academic challenges and advocate for institutional progress based on data.

A year long 2016 survey took a look at over 33,000 students at 70 colleges in 24 states. The survey found that 56 percent of students in the survey identify as food insecure and 51 percent as housing insecure.

Through projects like #RealCollege, which surveys students’ financial well being and academic outcomes, Goldrick-Rab said she plans to continue collecting data and releasing new statististics in spring 2019.

Goldrick-Rab highlighted poverty as the root issue in the new economics of college, which frames the backdrop for food insecurity. Between inflation and part time hours among students being so competitive in the workplace, institutions have not properly funded the resources intended for students in college communities to obtain the financial help they need.

“We’ve always underfunded the programs that need it the most,” Goldrick-Rab said acknowledging the evolution of programs like SNAP, cash assistance, the PELL grant, and food stamps. However restrictions and qualifications have since been implemented in programs that limit accessibility.”