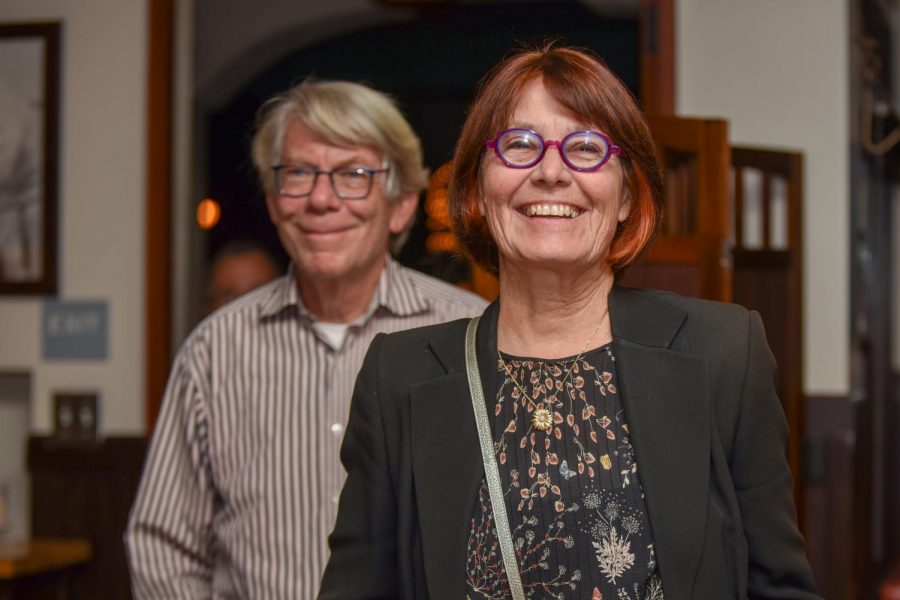 Following a close election, Marsha Croninger was re-elected as the District 5 representative to the Board of Trustees Tuesday, beating her opponent Darcel Elliott.

The final results put Croninger at 61 percent and Elliott with 37 percent of the 7,197 ballots cast for this election and while the race was one of three elections for the Board of Trustees, this particular seat had the highest voter turnout of the three.

“I’m excited to get back to work,” said Croninger to The Channels at her election party.

Throughout the race, the issue of housing came to the forefront of both Croninger and Elliott’s campaigns with Elliott focusing more on overall student need and Croninger focusing on the value and impact on the community. In the end, it was the community who decided to put Croninger back on the board.

During her first two terms on the board, Croninger fought for community programs such as the dual enrollment programs and the Adult Education program and even served briefly as the board’s president.

Despite losing her campaign, Elliott said she felt proud about her campaign and was really happy about all the support she received from the community during the race.

In addition to continuing to support the Santa Barbara community in her position at the county, Elliott said she hopes that the issues that were brought up during her campaign are still addressed on the Board.

“That’s what I really tried to accomplish with my campaign was to have a conversation about these bigger issues that have kind of been swept under the rug for a long time,” said Elliott. “I just hope that they actually get brought to light and don’t get pushed back under the rug.”