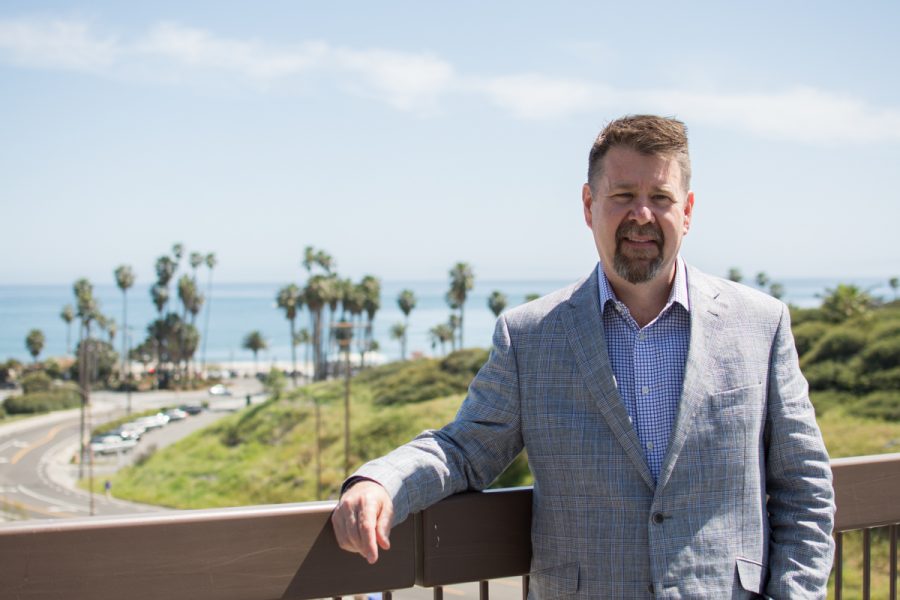 Following Executive Vice President Paul Jarrell’s decision to leave City College, a one-year interim position has been decided as the best way to replace him on such short notice.

Superintendent-President Anthony Beebe appointed a hiring committee to choose Jarrell’s replacement. Applicants from both inside and outside the college are in consideration, with the deadline to apply ending Friday. The committee will begin screening applicants early next week.

Jarrell started his career in Santa Barbara June of 2016. This was after having spent 20 years working at Pasadena City College as a biology professor for the first 15 years and then as the school’s dean for his remaining five years there.

“I’ve been working with community colleges for almost 25 years, I can’t imagine doing anything other than this line of work,” Jarrell said.

Although Jarrell wasn’t planning on resigning from City College so soon, the chance to continue doing the work he loves alongside his family presented itself unexpectedly earlier this year and compelled him to leave on short notice.

“I had no intention of leaving. This is a dream job for me, and the position I have here is the work that I really enjoy doing because I get to help students and their process from the time they enroll to the time they graduate.

“The college is spectacular, and certainly is one that I feel proud to be a part of,” Jarrell said.

Jarrell’s two children finished school this year and now reside in Portland, Oregon, a city close to Jarrell and his wife’s heart.

“My wife and I met in Oregon and lived in Oregon for several years, so we always thought we would retire in Oregon because it feels like home,” Jarrell said. “But, I never anticipated trying to work in the systems there because I was so invested in the California community college system.”

After recognizing that his children would be in Oregon for a while, Jarrell applied for positions in Oregon in hopes of bringing his family together. Jarrell accepted an offer from Lane Community College in Eugene, Oregon to work as their vice president.

Due to the nature of Jarrell’s position, finding a permanent replacement for him will take much time and thought. With a situation like Jarrell’s, where his resignation was unexpected, City College doesn’t have the time to go through the proper steps of recruitment for the position.

“In a scenario like this, it is common for the school to hire an interim for one year and then put together the permanent search and advertise more widely,” Jarrell said.

The interim position was recently advertised within the school as well as externally, such as community college registries online. The advertisement states that officials would like the interim to begin May 28, 2018, with the intention of having a brief overlap period between Jarrell and the new hire, so that Jarrell can help bring the new temporary vice president up to speed.

June 1 is Jarrell’s official last day, and though his future in Eugene looks bright, Jarrell said he thoroughly enjoyed his time at City College and will miss those he worked with and the students.

“The staff, faculty, and my colleagues are all such genuine people and the students are amazing. I’ve only been at this for school two years and it’s almost harder for me to leave this job than it was for me to leave Pasadena City College where I worked for over 20 years, and I think that speaks volumes to the people here,” Jarrell said.