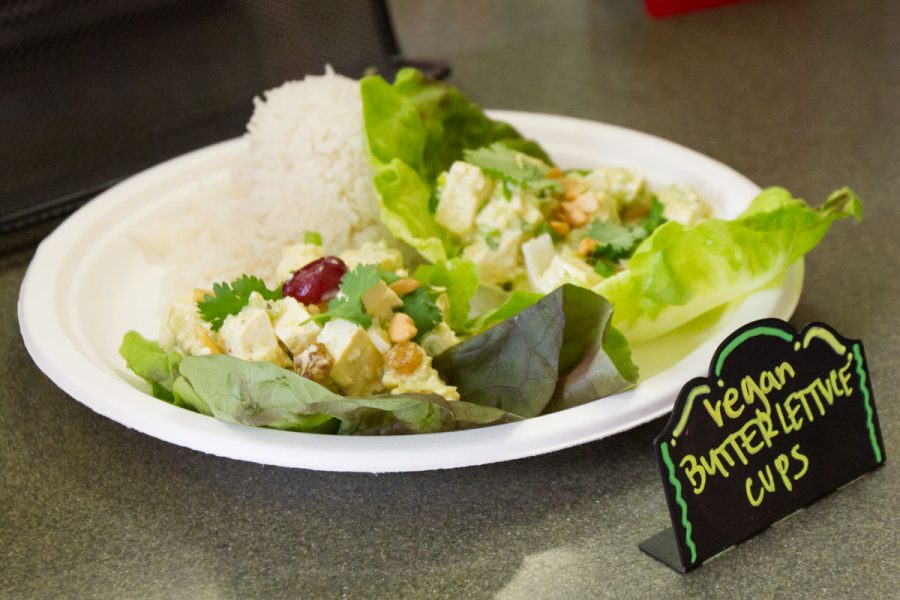 City College’s previously inactive Vegan Club has banned together in an effort to raise awareness about the need for more vegan food options on campus, particularly in the East Campus Cafeteria.

Charlotte Donnay Rochard, Vegan Club president, said that since the chefs from the JSB Cafe and the East Campus Cafeteria switched roles this semester, there have been less options available for vegan students in the Cafeteria.

According to Rochard, the only vegan options in the Cafeteria that she knows of are rice and vegetables.

“There might be more than that, but it’s pretty difficult as a vegan student to go in there and see what’s available,” she said. “Depending on who is working, they can be pretty reluctant to let us know which dishes are vegan and which aren’t.”

Enrique Valladares, the manager of the East Campus Cafeteria, offered a different perspective when questioned by The Channels.

Besides the extensive salad bar which has endless amounts of salad toppings, many of which are vegan, he pointed to a sign posted next to the popular chicken tenders that read: “vegan burgers available.”

Valladares made it clear that while the East Campus Cafeteria does not serve as many vegan meals as the JSB Cafe does, it definitely does have a few options and he believes that should satisfy the vegan students.

Monica De Alba, the current JSB Cafe Chef, previously worked as the chef for the East Campus Cafeteria where she served a wide variety of vegan entrees, just as she currently does now in her new position.

Since taking over the JSB Cafe a little over a month ago, De Alba has implemented “Meatless Mondays.” Every Monday, the JSB Cafe serves curries, tofu stir-fry, lettuce wraps with vegan fillings, and quinoa. In addition to these items, she serves made-to-order sandwiches daily with a large amount of vegan options, including but not limited to: vegan bread, hummus, sun-dried tapenade, tofu, avocado spread, and more.

“I know there’s a controversy about [vegan food] right now, but every kitchen and every chef is different,” De Alba said. “I can’t say much about the East Campus Cafeteria, but I can tell you that their salad bar is fantastic.”

De Alba specializes in international vegan cuisine, which is why she brings so many more vegan varieties to the college than previous chefs have.

“As a vegan chef, I love eating healthy and I believe it’s really important that everyone has access to healthy options, whether they are vegan or not.”

The vegan club has met just once since their restart this semester, and they plan to formally request that the East Campus Cafeteria expand its vegan options as soon as possible.