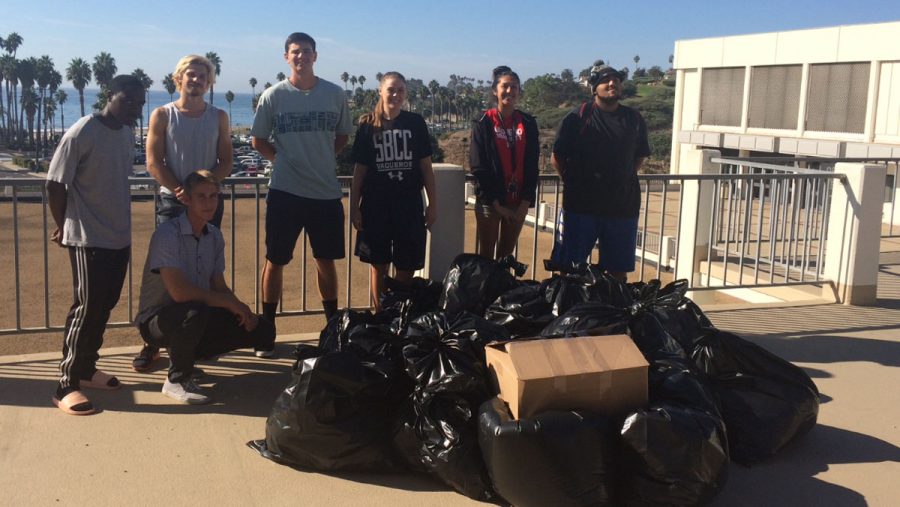 Courtesy art from athletic director Rocco Constantino of the pile of clothes donated for the clothing drive.

Thanks to members of the community and the City College athletic department, more local homeless veterans will have warm clothes as the cold winter months near.

The college teamed up with the Santa Barbara County Veterans Stand Down on a two-week clothing drive put on by new Athletic Director Rocco Constantino.

Constantino does not know how much was donated in total, but he felt the drive was a success. He said that he’s proud of everybody in the community for stepping up.

There was an entire office full of clothes. When the organization came to pick it up, its truck overflowed and they had to use the back seat, according to Constantino.

“It could not have gone any better,” Constantino said. “Everybody was more than happy to contribute,”

Everything donated will be distributed to homeless veterans at the Veterans Stand Down event, Oct. 21, at the Santa Maria Fairpark.

The event will focus on more than just giving these veterans clothes. It provides them with food, counseling and other resources.

“They’re the people who have volunteered to put their lives on the line to protect us and now that they need help, we’re happy to help,” Constantino said.