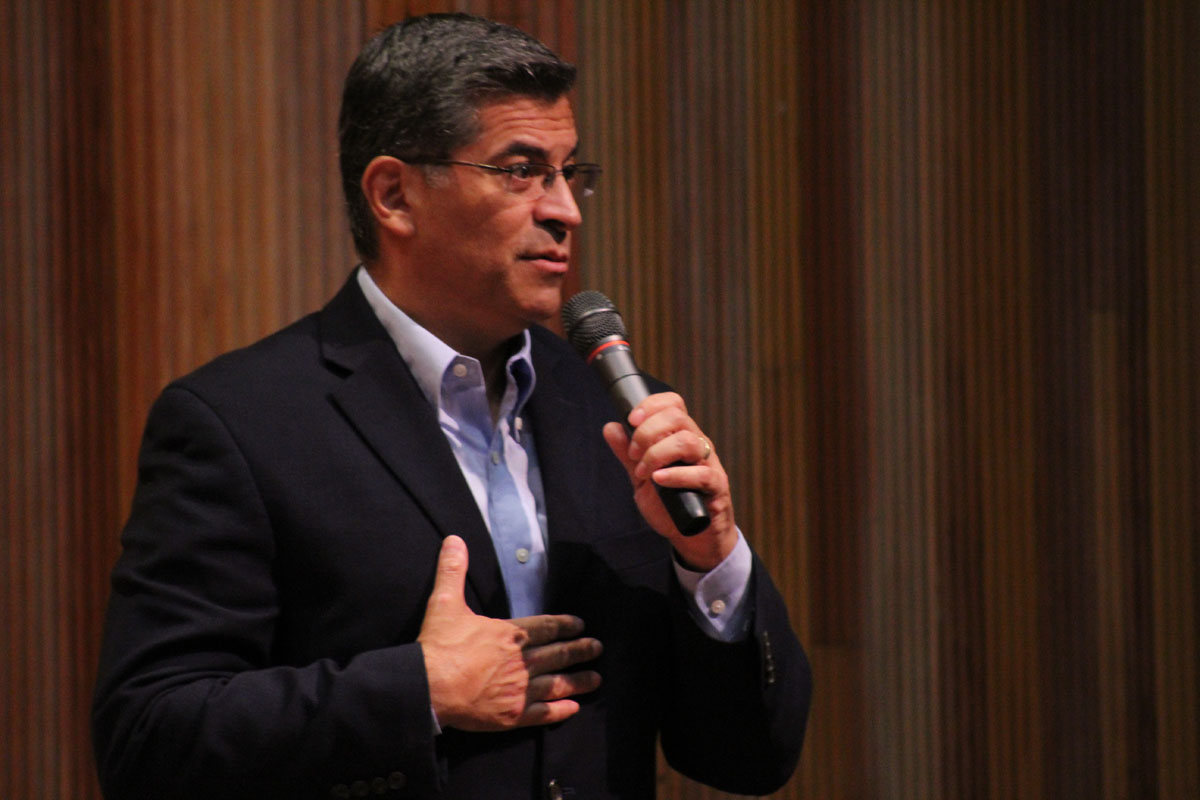 Complex social and political issues were alluded to at “A Conversation with Attorney General Xavier Becerra” on Saturday, Aug. 26, in the Fe Bland Forum at Santa Barbara City College.

“The issues that are in front of us now are many,” Limón said. “And I think what you see here today is a united front amongst those that represent you in California, that represent you in Washington, D.C., to do everything we can to hear your voice, to understand what the concerns and issues are, but also to be your champions.”

“When it comes to civil rights, we see [that] virtually every community in this country is now under assault,” Senator Jackson said in her opening statement. “This is just simply not acceptable in 2017 and certainly not in the state of California.”

The discussion glazed over a dozen topics that could have encompassed their own individual forums, including but not limited to sex trafficking, immigration, student loans, the Veterans Affairs system, oil drilling, the LGBTQ community, medicare, undocumented students and safe spaces.

This resulted in a lack of time for substantial discourse among any single topic, instead providing inspiring yet vague visions about uniting as a community and standing up to political injustice.

When an unidentified member of the audience asked: “What do we do about Trump?” the four speakers each noted the importance of the integrity of due process in the American justice system.

Senator Jackson reflected on the success of the American judicial system in the Watergate Scandal, relating it to current transgressions in the Trump Administration.

“For America it was a moment where we saw how democracy works,” Jackson said. “You had an overreach by one branch of government, and the other parts of government stepped up to protect our democracy.”

Senator Jackson’s response that checks-and-balance system in place will once again prevail over injustice in due time echoed the recurring theme of half-answers.

In addition to a primarily middle-aged crowd, there was an abundance of notable attendees, including Santa Barbara Mayor Helene Schneider, former California Congresswoman Lois Capps, and various other Santa Barbara City Council members.

As Limón pointed out, City College served as the perfect location for the topics at hand, as it is home to a diverse population of students and offers a view of the coast currently at risk of increased offshore oil drilling.

Despite the plethora of self-congratulations and overall campaign-like tone among the politicians, the speakers effectively reminded the group of the prestige of residing in the progressive state of California.

“It is hard to replicate California,” Becerra said. “We are doing things that other states aren’t going to do for another generation… But they’re gonna get there, because at the end of the day we create jobs, we make life easier to live, and we do it in a way that includes people.”