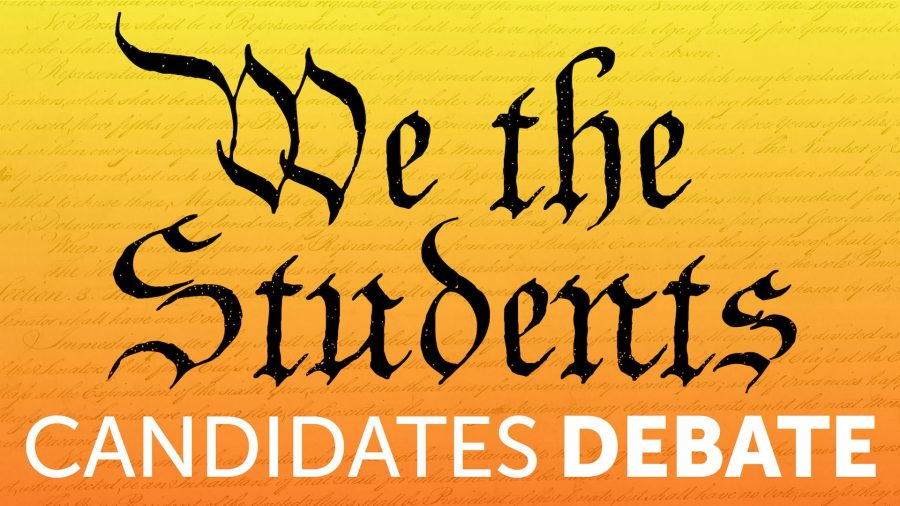 Editor-in-Chief Alyssa Durant and News Editor Julia Pizza from The Channels are moderating the We the Students: Candidates Debates at 5:30 p.m. Thursday, April 20, in Administration Building Room 211.

There will be debates between candidates running for president, student trustee and vice president of external affairs.

Yeihoon Choi is running uncontested for vice president of operations and finance, a position that he has had for the past two years. One of Choi’s goals for next semester is to figure out a way to support the library so that it can be open 24/7. He is already in contact with the library director to figure out a plan.

Candidates in the debate have a short profile below to highlight why they ran and what their goals are if they are elected.

Zora Mihaley is also running, but did not make an appointment with The Channels in time for the publication of this story.

The student advocate candidates are as follows:

Vice president of internal affairs candidates are as follows: