Campus Security cracking down on misuse of handicap placards 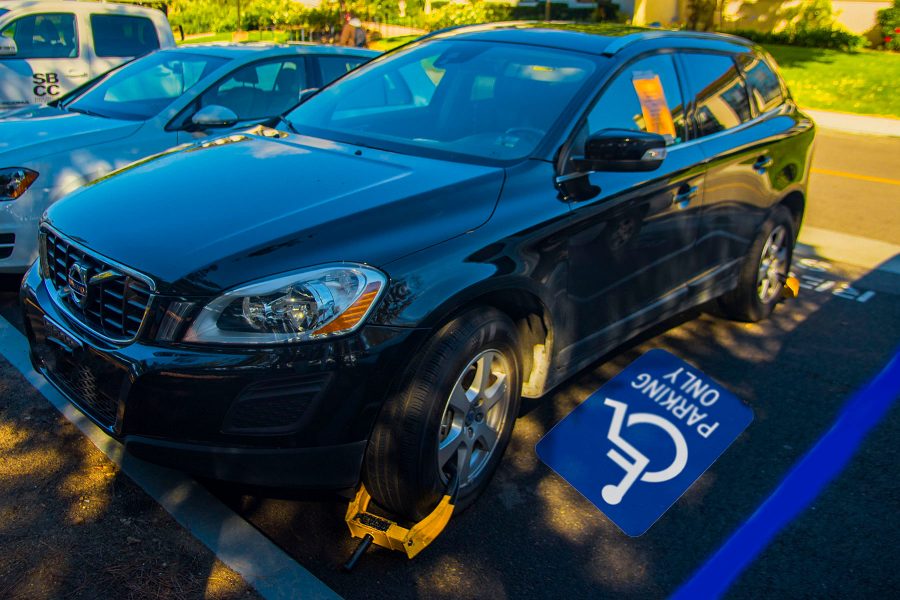 City College’s Campus Security is cracking down on the campus-wide misuse of handicap placards by bringing in the Santa Barbara Police Department as support.

“We’re not out trying to catch people,” Erik Fricke, director of Campus Security. “We just want to put an end to the problem.”

This semester security has reported 17 cases of misuse of the placards by students, which will probably continue to rise till the end of the semester. Last spring there were about 20 cases.

“We expect that number to go up, but we’re not trying to break any records,” Fricke said.

When a person parks in a handicap or medical stall and displays a handicap placard that is issued to someone else, it is considered misuse of a placard. Often times, according to previous campus Crime Logs, these placards belong to the violators’ family members.

Fricke said that although the college meets the quota—California Vehicle Code Section 4461—for appropriate number of handicap stalls, people misusing placards are making them less available for disabled students and employees, and at times completely unavailable.

Ethan Ragsdale, an investigative officer at the police department, comes into the Campus Security office every two weeks to handle citations. Fricke asked him earlier in the semester to handle the handicap placard citations and he agreed to do so.

Before bringing in Ragsdale, Fricke made biweekly visits to the Santa Barbara DMV, which would file reports and levy fines. However, the department would not make reports, so there were no investigations on the cases, Fricke said.

Because of this courts could not apply additional fines to second-time offenders. So even when fines were paid for, placards could be misused several times more without any elevating consequences.

Fricke now passes placards along to him weekly. Ragsdale then reviews each individual case and works with Santa Barbara’s district attorney, who then issues fines and can give up to six months of jail time, however that is very rare. Fines can range anywhere from $250 to $1,000.

Depending on a case-by-case basis, it could take violators up to weeks to receive fines.

Both Fricke and Ragsdale expect the new help from the police department to send a message to students to not wrongfully use handicap placards.

“Our purpose is to go after these violators, in order to have more available disabled parking for those who really need it,” Fricke said.