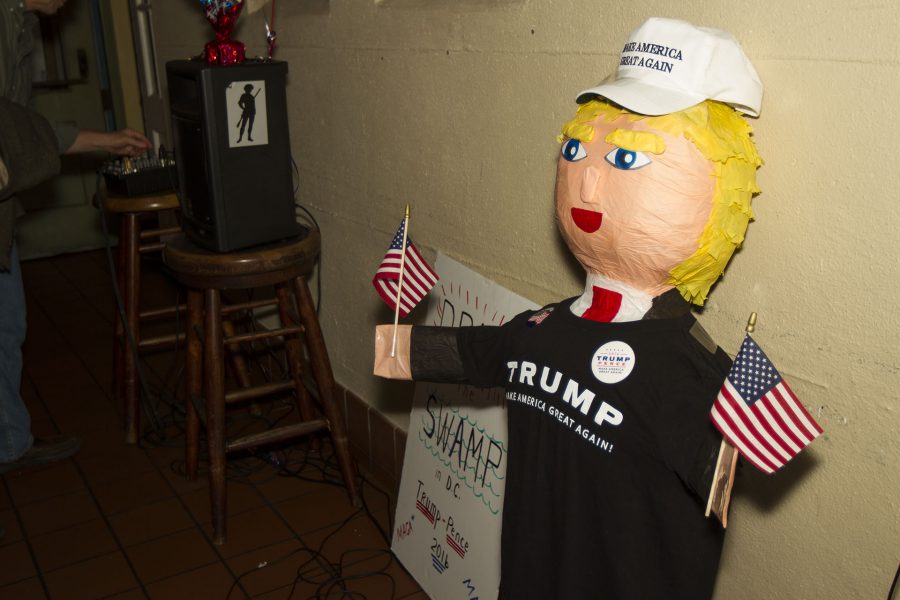 On Tuesday, Nov. 8 American voters elected the first non-politician president to serve in the Oval Office.

In what has been a historically controversial race to the White House, businessman Donald John Trump defeated Secretary of State Hillary Rodham Clinton.

“Ours was not a campaign, but rather an incredible and great movement,” said president-elect Donald Trump during his winning speech.

Trump, the Republican Party nominee, is known for his successes in real estate and hosting 14 seasons of the business-reality show, “The Apprentice.” He is also noted for owning Miss USA, Miss Teen USA and Miss Universe beauty pageants.

“Americans had a chance to take back control of the government,” said Tom Widroe, member of the Santa Barbara County Republican Party Central Committee. “It was not only an extraordinary victory for Trump, but for all of Americans.”

Widroe added that now that the house, senate and executive branch are now controlled by the Republican Party, Trump will have a chance to enact some of his core ideas he preached throughout his campaign.

“America’s interest will now be the main priority,” Widroe said, “and there will be no apologies for America’s greatness.”

The Dow Jones industrial average plummeted 827 points as Trump closed in on his victory.

Clinton is no newcomer to the world of politics. From 1993 to 2001 she served as the first lady of the United States, later making a name for herself in politics and becoming a member of the senate.

President Barack Obama appointed Clinton as secretary of state during his first term and has said that Clinton was undoubtedly the most qualified candidate to ever run for presidency.

Ahead of the election Trump said that he would potentially not accept the results of the election if he felt it was rigged against him, breaking a long-standing tradition.

In the end, he accepted the results.
Following her defeat, Clinton’s campaign chair informed the media that she was not going to deliver a concession speech. Despite a shocking upset, Clinton phoned Trump congratulating him and his supporters.

Ahead of the election, Clinton held an advantage over Trump in all of the national media polls but one, which will likely discredit pollsters.

Trump drew controversy toward his campaign through his comments directed toward minorities and women. Mr. Trump was also accused of sexual harassment by numerous women near the end of the presidential race.

“This man hasn’t said anything that can make me understand why he would be in the best interest of our country,” said pro-Hillary advocate Charlotte Gullap-Moore Tuesday night at a gathering for the Democratic party. “And if you say that he has, you are in a warped reality.”

As expected Clinton dominated in the blue-state of California, however, she didn’t win key swing states.

Sebastian Rothstein, president of the economics club and public relations officer for the student senate, was conflicted with the final results of Tuesday night.

“Donald Trump’s [tax] plan is going to put us in a massive deficit and will effectively decrease public spending, and raise taxes for the bottom earners while decreasing the tax on the rich,” he said.