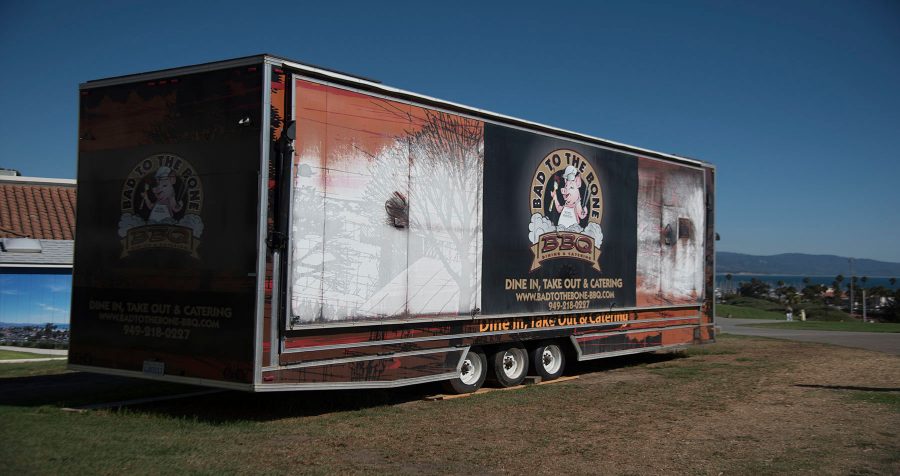 With the impending Campus Center demolition, City College is implementing creative ways to feed students, which includes food trucks, a new Natural Bowls and a makeshift cafeteria under a giant tent.

“It’s gonna look like a circus!” exclaimed Marc Sullivan, director of food services, as he described the tent, which will be built next to the Student Services Building. The tent is the future home of the East Campus cafeteria. Two food trucks will be placed around campus.

The solid-white tent will likely have walls at the back of it, with huge archways at the entrance, with a double-peaked top. There will be seating inside the tent, and it will hold about the same amount of people as the current cafeteria does.

“We kind of have to make this place like Disneyland,” he said. “With food carts all over the place.”

Tearing down the Campus Center, which currently houses the cafeteria, has been in the works for years and the tent and food trucks were a temporary plan while a new center was built. The center needs to be rebuilt because the building is unstable and not up to current seismic code, said Chief Business Officer Joe Sullivan in a previous interview with The Channels.

However, the temporary solution may become more permanent than anticipated if the college supports a recommendation to hold off on rebuilding the center. The recommendation was made by Superintendent-President Dr. Anthony Beebe and Joe Sullivan at last week’s College Planning Council meeting because the cost to rebuild is too high for the college’s budget.

Though they emphasized that the center would eventually be rebuilt, the amount of time that could require gives the food services department some trouble, along with the other organizations and programs housed in the campus center.

“For 7 to 8 years in a modified space, I have some concerns,” Sullivan said. “But my team always works together very well and we come up with solutions. We always think outside of the box, and we’ve already come up with tons of ideas of what we can do.”

There is not a solid timeline yet, and nothing is set in stone, he said, although signs of activity fill the campus. An area beside the Student Services building has been fenced-off, and a foundation has been set for the tent, which is in the process of being built. A few weeks ago a huge food truck with “Bad to the Bone BBQ” sprawled along the side showed up on West Campus, between the Luria Library and the Interdisciplinary Center. Soon enough, another food truck will show up, but they don’t know where it’s going to be placed yet.

It hasn’t been decided what will be served in the food trucks either, but the department is not short on ideas, Sullivan said. Serving gourmet pizzas is a possibility, along with changing the menu weekly. One of the trucks could serve Cuban food one week and Italian the next.

“It’s a better fit for us in terms of what we can offer the students. In that sense, it’s a better stance for students,” Bublitz added. “We have to make the best of a situation, so this is probably the best outcome.”

Another Natural Bowls will also be built on the patio of the second story of the gym at the Life Fitness Center. It will have more pressed juices, protein shakes and other items marketed at students working out.

“I’m a real believer of keeping people here on campus,” Sullivan said, imagining students studying and hanging out at the new Natural Bowls after a workout.

He is also holding out for the possibility of not tearing the building down, and instead putting in money to fixing it up, and continues to use it until the college is able to rebuild it.

Despite the challenges, Sullivan is confident that they will be able to adapt and succeed at their goal of serving food.

“We have never not served food here,” he said, recalling a time when a storm came through and knocked out the power. They pulled out lanterns and propane stoves and served food, he said.

“We adapted and overcame.”