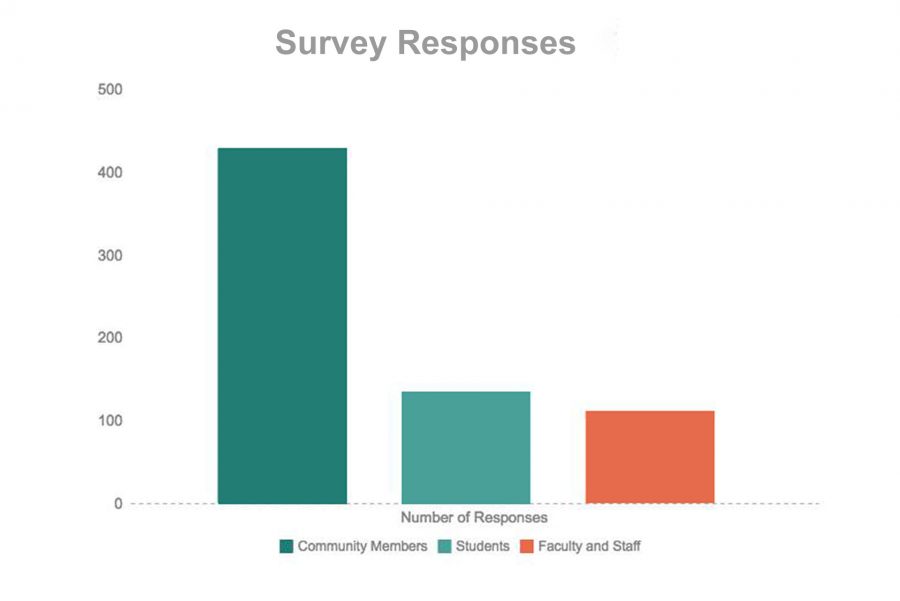 City College’s superintendent-president is being criticized for publishing results of an informal online poll which creates a negative image of the college.

Superintendent-President Dr. Anthony Beebe issued a press release on the survey’s results, along with sharing them in a campus-wide email.

Beebe created the open-response forum in July, which also addressed the college’s perceived strengths, opportunities and threats. Beebe said his inspiration for the survey came from online comments about City College he read while researching the Santa Barbara area.

“There were a lot of folks who wanted to contribute to the college,” Beebe said. “And I thought maybe we should send out a survey.”

Beebe opened the poll on July 1, which was his first day on the job. By the end of a month, the survey received 675 replies: 429 from the community, 135 from students and 111 from faculty and staff.

Academic Senate President Priscilla Butler led faculty criticism against Beebe for publishing the poll results because the numbers were disproportional.

“The results overwhelmingly emphasize the community opinion, but it’s also a very small percentage of the community,” she said. “It was less than one percent. We’re looking at a list of feedback that probably isn’t representative of how the larger population feels.”

The press release did not separate answers from each group. It instead lumped all of the responses together and displayed the top six to each question.

“It’s probably giving us a pretty skewed example of what is important to people,” Butler said. “We have a lot…of things we are trying to do to support student success and really address the needs of all students. So it doesn’t feel entirely right to have one particular subgroup seem to be prioritized over another.”

The low representation of staff, faculty and students concerned others, some of whom declined to talk to The Channels on the record. Although an email was sent to everyone with a Pipeline account, some students and staff said they never received one.

Some employees said the email probably got lost in their inboxes while many students admit they probably saw an email from the school and immediately deleted it.

Dylan Raiman, president of Associated Student Government, pointed out that most people who respond to surveys have a strong interest in the subject matter.

“It shows who is most passionate about it,” said Raiman, who acknowledged the tendency for surveys to be skewed.

Beebe agreed that the poll was not meant to be statistically valid. He said it was primarily an opportunity to gather opinions so he can begin addressing issues.

“It’s pretty anecdotal information. You can’t definitively say this is an issue, but you can’t ignore it either,” he said. “These are at least a concern to some people and is important to look at in a general fashion.”