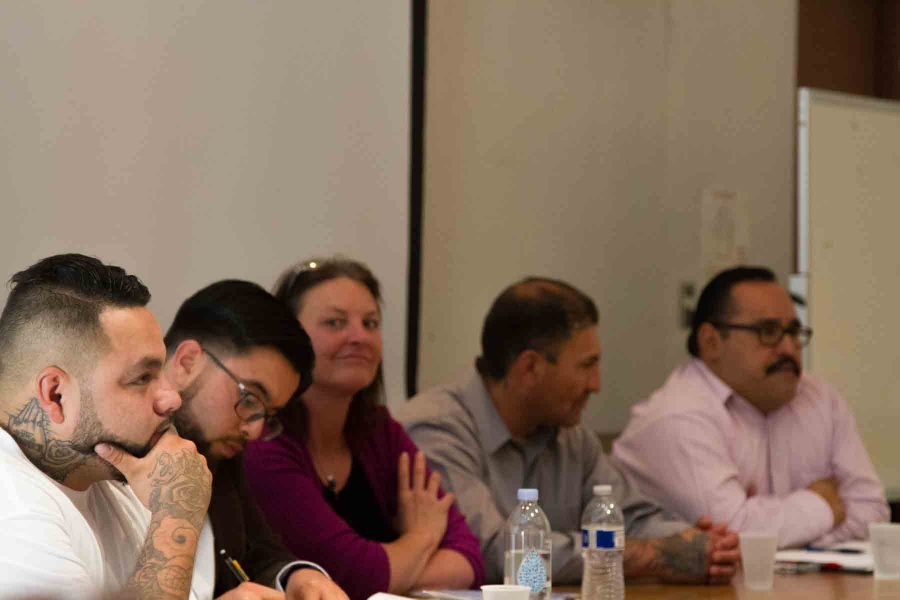 A panel related to the book “Just Mercy" talked about their personal perspectives and experiences with incarcerations and the criminal justice reform programs, Thursday, April 21, in the Administration Building Room A160 at City College. The main topic discussed was the need for change in the American prison systems and the aftermath of the emotional damage that it produces on individuals who come out of prison and how society views them.

Formerly incarcerated individuals who have turned their life around came together with professionals in the criminal justice field to share hardships of life in prison and stereotypes placed on anyone with a troubled past.

The panel discussion was put on by the Luria Library, in collaboration with EOPS and was held Thursday, April 21, in the Administration Building Room 160.

“No matter how overburdened or broken an individual is, with the right counseling and proper love, care and compassion, one can be healed and directed out of the darkness,” said Albert Perez, City College alumni and former prisoner.

Perez was joined by Kristianne Clifford from the Freedom to Choose Foundation, William Leyva from the Anti Recidivism Coalition, Joey William, director of Faith in Action Kern County, and Jonathan Gomez, who is a doctoral candidate in Sociology with an emphasis on Black Studies at UCSB.

The discussion opened with a powerful presentation from Miguel Cruz, a City College student, explaining the overwhelming problem with the current criminal justice system.

“As of today we have the highest incarceration population in the history of this planet,” said Cruz. “I come from a neighborhood where it was more likely for me to see people my age go to prison or jail than it was for me to see them go to college.”

His focus during the panel was the on the importance of rehabilitation and reformation instead of imprisonment, which was unanimous among the panelists. They shared how much educational workshops and counseling programs helped them while they were in prison, which was the inspiration to get into the field once released.

Clifford, who spent 18 years in Valley State Prison for Women, attributes much of her recovery to the foundation she now works for. She said the workshops taught her about self-esteem and healing from her own insecurities and shame.

“I’ve met some of the most amazing, talented, beautiful, loving beings on the face of the earth while I was incarcerated,” Clifford said.

The event was inspired by the book Just Mercy: A Story of Justice and Redemption by Bryan Stevenson. Stevenson reveals his experience in the book as a young lawyer defending the poor and wrongly accused in the criminal justice system.

Chelsea Lancaster, EOPS advisor at City College, quoted the book saying, “Each of us is more than the worst thing we’ve ever done.”

Lancaster was beaming after the discussion while handing out hugs to emotional students and guests. “They deserve our support, compassion, and activism,” she said.