SBCC to celebrate 400 years of Shakespeare with open mic 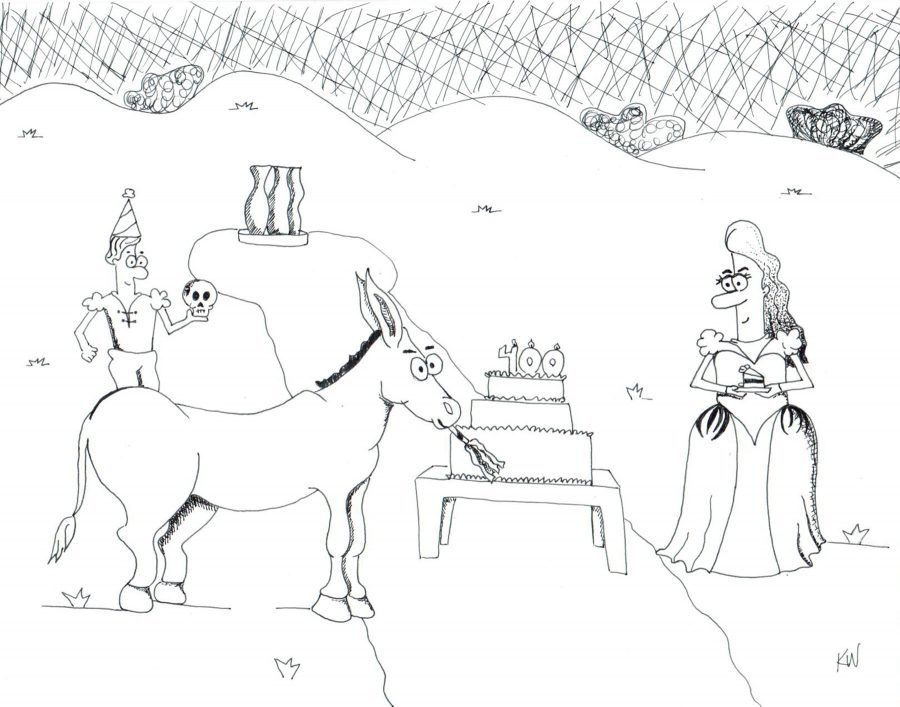 City College’s English department will host an open mic event celebrating the life and death of William Shakespeare from 9 a.m. to 2:30 p.m. Thursday, April 21, in front of the Luria Library.

Students, faculty and staff members are encouraged to read or act out a scene from their favorite Shakespeare poem or play in the language of their choice.

“We wanted to do something celebrating his 400 years of being ‘undead.’ It’s all about honoring his brilliance,” said Margaret Prothero, City College English professor, director of the event and devoted Shakespeare fan.

Prothero claims the event is also aimed to honor Shakespeare’s immortality, diversity and his ability to connect with the broadest of audiences, by incorporating multiple genres from love and lust, to blood and violence.

“We want it to be very inclusive,” said Prothero. “Some think Shakespeare is only for the elite, but that is definitely not the case. He is for everybody. He uses human emotions which are universal that will never go out of fashion.”

Prothero refers to the works of Shakespeare as “timeless,” and has been under his spell since she was a little girl. Since then she has experienced countless Shakespeare plays from the eye gouging’s of King Lear, to the bellowing witches of MacBeth, to Prospero’s final speech in, The Tempest, which is rumored to be Shakespeare’s, “farewell to writing” speech.

Prothero hopes the event will spread her love for Shakespeare, and give students and faculty the opportunity to enjoy and experience him as she has, through every stage of her life.

“His stories are relatable in every chapter of our lives,” said Prothero. “Every time you see or read Shakespeare, you get something new out of it. And his work is definitely meant to be watched, not just read.”

Ann Wilkinson is another City College English professor involved in the festivities. She shared English playwright, poet, actor and literary critic of the 17th century, Ben Johnson’s perspective on Shakespeare when Johnson said, “he’s not of an age but for all time.”

“We can’t express it better than that,” said Wilkinson. “And the last 400 years has shown that to be true.”

Some will wear purple t-shirts at Thursday’s event with Shakespeare’s pencil sketched face drawn on front by City College art student, Tec-Sabi. Shirts sold online to help pay for the event, with, “Undead four hundred years,” a slogan penned in white by City College English professor, Mike Walker, on the back of the shirt.

At 2 p.m. Walker will ask everyone to raise their glass, in a toast to the world’s most eminent writer, who was born and then died on the same day April 23, 400 years ago, at the age of 52.