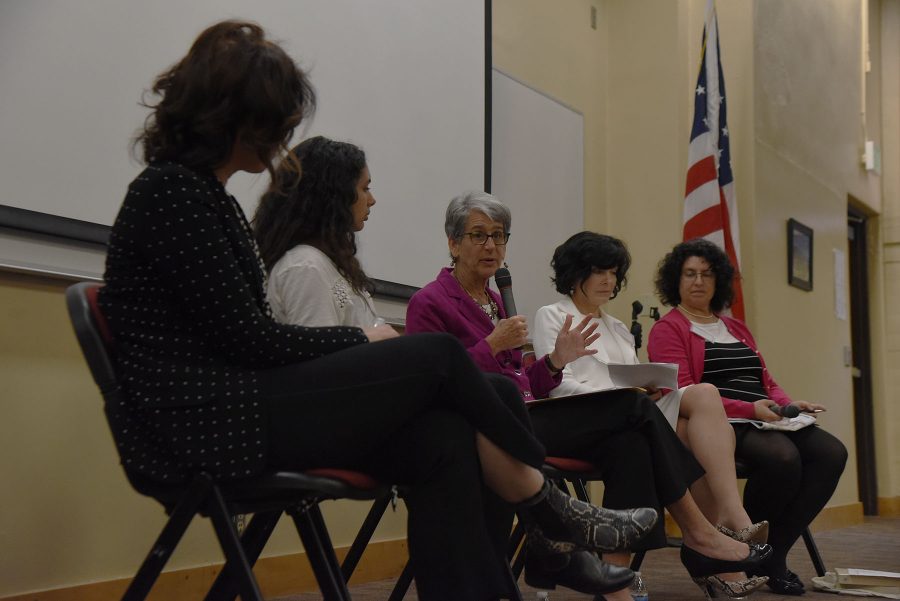 The event took place from 9:30 am to 3:30 pm Friday on east campus at City College. The three panel discussions focused on the subtopics of the conference which were War and Civilization, Female Leadership and Social Trust. The conference will possibly become an annual event. This was their first time working as a group to host a conference.

“I think all of the discussions that took place today about how we can make our world better are necessary and I don’t think that we do that enough,” said Adam Bjoernstad, member of Phi Theta Kappa’s leadership. “We have to convince people that these topics are important.”

Jackson spoke at the conference and sat on the Female Leadership Panel. Jackson is currently pushing a bill that secures job security for employees on paternity and maternity leave. Senate Bill 1166, titled the “New Parent Leave Act”, targets businesses with 50 or less employees.

“We’ve set the table. There’s work that we have done,” said Jackson. “But there is a lot more work we have to do in recognizing that both mothers and fathers should be allowed to participate in the raising of their children.”

Schneider underlined the importance of reflecting on the past hardships women faced in the fight for equality.

“We have to know where we come from, we have to measure it and then figure out how to move forward.” said Shneider.

“With this documentary, I wanted to create a network where women and girls are inspiring each other to believe in themselves so that we can dare to lead.” said Sjöberg.

Following the event, audience members aspired to create change in their own lives.

“I’m hoping this event filters into our lives and doesn’t become a one time thing,” said City College student Molasses Jones. “We need to continue conversations, asking questions and coming together.”

Today young people are faced with opportunities to innovate change. During the panel “War and Civilization,” Joe White, 2020 Year Without War director, stressed the notion that we live in a time of ample opportunities, such as technology, to make a difference.

“We need to continue the fight. Hannah Beth-Jackson talked about how the only failure you can do is not try,” said Linn Sanneskaer, president of Phi Theta Kappa. “I think there’s a lot of opportunities that are out there for students and we need to take advantage of those.”