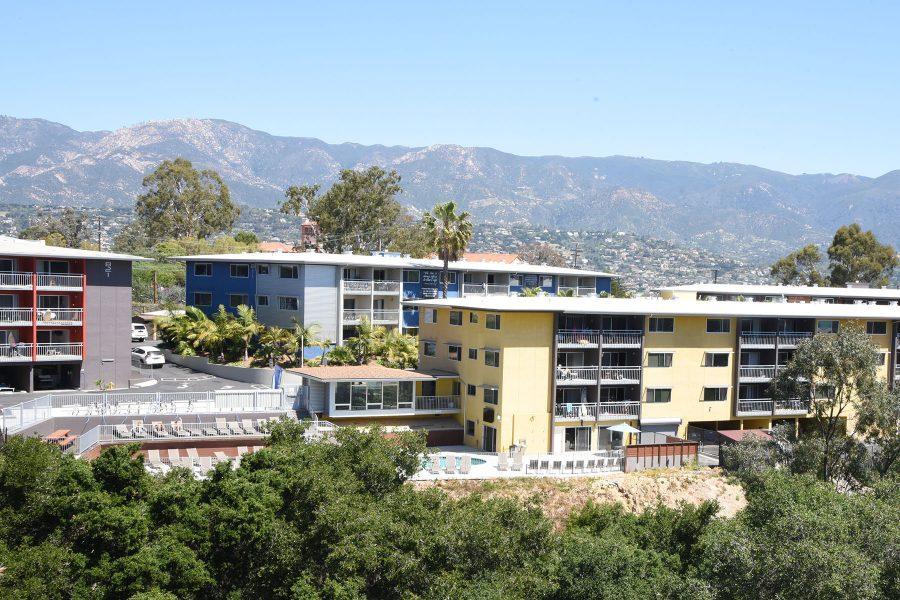 According to complaints, St. George and Associates, which owns and operates the Cliff Drive complex next to City College, removed trees and other vegetation in an environmentally sensitive area, including a monarch butterfly habitat. They also covered a natural creekside with concrete, affecting the city’s irrigation and flood control.

While the total amount of fines is still to be determined, St.George will need to restore the plantings, along with other detailed restorations, according to a city zoning report. The report will be discussed at a city Planning Commission meeting Thursday, April 21.

“We’re aghast that somebody would come into our neighborhood and do things that those of us living here would never do,” said Mary Turley, a Mesa resident who plans to speak at the meeting.

“The violations are a blatant disregard of city regulations that were placed to protect residents and the environment.”

According to the city zoning report, St. George placed non-permitted concrete pillars with bright lights at the complex’s Cliff drive entrance. The company installed large steps at the intersection leading up to the complex, exterior banners, bike racks, outdoor gym equipment, 25 additional parking spaces, and gates and fences above city-permitted heights. All of those additions are considered illegal without city permits, which the property owner failed to get.

The company removed 32 Eucalyptus trees that were inhabited by endangered Monarch butterflies and replaced them with young palm trees.

The property also breached city codes by replacing its irrigation system without permission.

St. George and Associates is expected to appeal to the city to keep most of the alterations, but a city planner told The Channels the company will either have to repair or pay heavy fines.

“They have no choice but to address the enforcements from the city,” said Tony Boughman, a city staffer who contributed to the zoning report. “They need to compensate for what they ruined.”

For sure, St. George will be forced to pay fines for environmental deterioration and be would required to restore the pre-existing Monarch butterfly habitat. They must removing the new palm trees and plant Cypress trees and milkweed, Boughman said, as well as monitoring and maintaining the surrounding environment and its Monarch butterflies.

The city is also demanding removal of concrete laid around the Honda Valley Creek area behind Beach City, which required a Coastal Development permit because of potential ocean runoff from the property, Boughman said.

The Channels could not reach property owner Ed St. George before publishing this story, but his architect said the company had to make the controversial improvements before new residents could move it.

“When Ed Saint George purchased the property about two years ago, he had to make many interior and exterior maintenance improvements to it,” said Laurel Perez, principal planner for Beach City at Suzanne Elledge. “We’re looking forward to next week’s hearing to get approval for the un-permitted work.”

The City Planning Commission visited the property April 19 to inspect the violations.

“Residents are concerned about the future impacts of this development and its incompatibility with existing residents,” Turley said. “But the impact is really on the entire Santa Barbara environment.”

The public hearing will be held at 1 p.m. Thursday, April 21 at City Hall on 735 Anacapa St. in Santa Barbara.