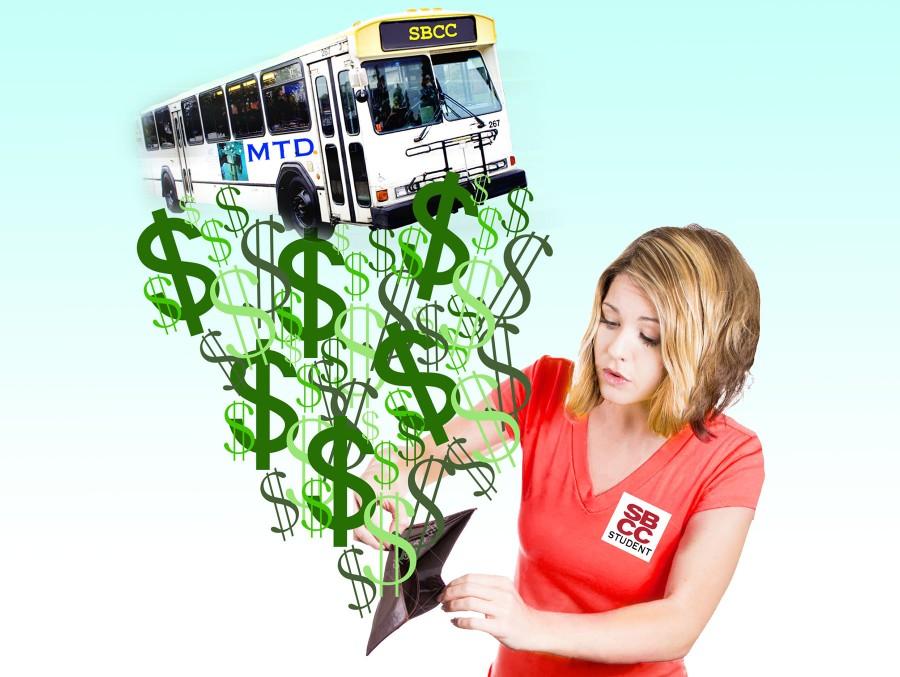 The Metropolitan Transit District is planning on rising the cost of bus passes from $30 to $32 over the course of the next two years, starting in the fall semester.

Students will have the option to vote on the bus pass increase. If they vote against it, those who commute by bus will have to purchase their own individual bus passes.

City College and MTD have had a “long-standing agreement” with each other, which requires students to pay a fee at the beginning of each semester, enabling them to ride MTD-fixed routes with no additional charge. The contract will expire at the end of this semester.

Jerry Estrada, general manager of MTD, said the increase in cost is necessary to make up for the loss of funds from the college’s 7 percent decline in enrollment over this past year.

“I think the increase of the fee is minimal and necessary,” said Isaac Eaves, Student Senate President. “MTD has been consistently working with us to improve the bus service for the students.”

If approved students will see the $1 difference when they pay for their fall 2016 tuition.

Estrada addressed members of the student senate about the new agreement. He encouraged them to get the support of the student body, prior to the campus vote. He also presented them with a new agreement outlining the upcoming increases, as well as clarifying reasons the MTD has decided to increase the transport cost.

MTD has purchased three new busses primarily for the route between Isla Vista and City College. A large amount of City College students live in Isla Vista, and the purchase of these busses have “significantly decreased overcrowding on Line 15x,” Estrada said.

MTD did not receive financial aid from the college with the purchase of these busses, though it primarily affects City College students.

“What people said the most was that they didn’t care about the increase in $1,” said Moreno. “Only one person was really upset about having to pay for a bus pass when he drove to school.”

“I think everyone is going to vote yes because no one opposed, besides one person who wasn’t in favor of the fee as a whole,” Moreno said.

The senate plans to further inform the student body about the increase by talking to students individually. They have extended hours of planned tabling, where they will sit and talk to students about the change, as well as get their opinions on it.