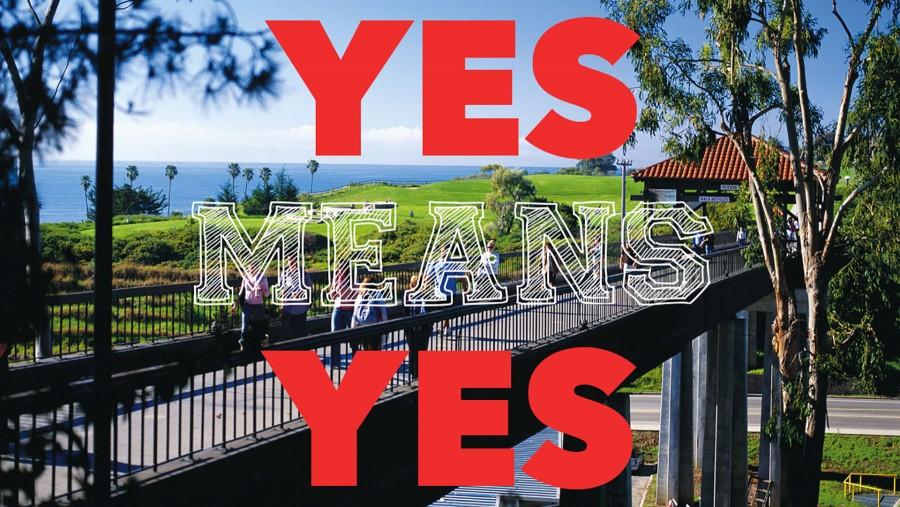 City College is working on a draft of the student discipline procedures, which put a new focus on sexual offenses and defines what consent means.

The draft would be an updated version of the procedures that are currently in effect. Most of the draft is not being changed drastically, with the exception of the new section about sexual offenses.

It now defines what affirmative consent means and what does or does not qualify as it.

“It’s not no means no,” Superintendent-President Lori Gaskin said. “It’s not ‘no, I don’t want to do this,’ but rather the affirmation that ‘yes, this is what I want,’ which is very different.”

Though the document is currently a draft, there will be few changes to the document when it becomes finalized, Gaskin said. The rewriting of the procedures is an attempt to stay aligned with the standards of the state laws.

In the light of the incident last semester, where an athlete was expelled on charges of rape, this topic is especially important to the campus.

“There’s a lot of sexual assaults on campuses that are being discussed,” said Sofia Stefanovic, a member of the feminist club. “It’s time for everyone to step up their game when it comes to this, because it happens at every campus.”

City College emphasizes the importance of safety on its campus and has services in place for emergency situations, such as the emergency phones located all over campus. There is also a service that allows students or faculty to get escort to their destination, day or night.

“We always believe that our role is not to come in at the tail end of things, but to be proactive,” Gaskin said. “Particularly in terms of educating about what the standards of student conduct, and the standards of behavior are.”

Ryan Byrne, director of the athletics department, has implemented the “It’s On US” campaign that emphasizes accountability for actions.

The campaign involves an orientation that defines affirmative consent, and a pledge to “keep women and men safe from sexual assault.”

“It’s a really big picture about owning behaviors, thinking about the consequences of one’s decisions before acting on those decisions,” Gaskin said. “And trying to be a stronger community in terms of the respect we afford our peers.”

“It’s not easy to define what consent is, because most circumstances don’t call for an ‘enthusiastic yes,’” Stefanovic said. “However, it’s important to define what does not count as consent.”

“I think that as much as we like to think that people understand right from wrong when it comes to these subjects,” said Asiel Al-Aas, president of the feminist club at City College. “It becomes clear when you poll people that they don’t quite understand.”

“It’s definitely something that we should have a guideline for,” Al-Aas said. “A clear guideline to hold people accountable to, because there can’t be any ‘ifs’ or ‘buts’ about it.”

Stefanovic raised concerns that the document was too hopeful, not just in the sense that an ‘enthusiastic yes,’ is not always applicable, but that they need to talk to professionals who deal with these issues every day. This will help them gain a better understanding of sexual assault and further define consent. However, the updated procedures were met mostly with praise.

“It’s a three way balance,” Gaskin said. “Between protecting the survivor, protecting through due process rights, the person that there has been allegations towards, and ensuring a safe learning environment.”