Honors students hope for more class variety in the program 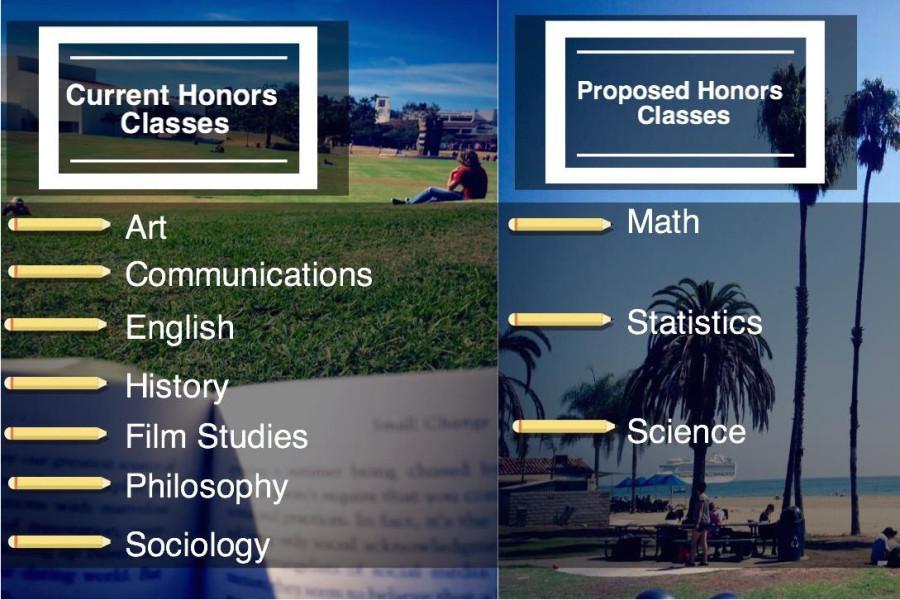 Honors student presidents are pushing for City College to offer more math and science classes to students pursuing an honors degree, but face a complicated process.

Right now the majority of honors courses offered are liberal arts classes, making it difficult for science or math majors to complete the requirements needed.

“We’ve had many science-oriented students come forth with the concern that there is not enough intersection between the requirements of the science and math majors and honors courses,” said honors co-president Bianca Wagner. “We would like to have classes that spark the interest of science majors while still enabling them to explore humanities-based classes as well.”

Co-president Eleanor Shulman said that as a neuroscience major she immediately noticed the lack of classes when she joined the honors program.

She said that science majors have an intense curriculum, making it hard to add additional classes to already packed schedules full of lectures and labs.

“As honors presidents, we are surveying what our classmates want from the curriculum presented by the honors program,” Shulman said. “When we see the desire for specific classes we express that to the honors council and see if it is possible to make that happen.”

The presidents have to look at a variety of aspects when attempting to add more courses, including student desire for classes other than liberal arts and professor desire to teach honors courses.

“We are aiming for an honors math class, we’ve explored the idea of Math 117 with a current math faculty member,” said Wagner. “We are hoping to see some additions by fall of 2016, but that is mostly contingent on the interest of math faculty.”

The program is aiming to create a statistics honors course since a large majority of majors at City College require this class to be completed in order to transfer.

Some science professors have opted out of contributing to the program because they simply do not have enough time on their hands with their rigorous schedules.

Wagner said she understands the apprehension, as most science classes are credit-heavy and the teachers could find the honors section overwhelming but she would like to see more of an effort from the science departments.

“There are many amazing science professors who I believe would see their students flourish even more if they were to work with the honors program,” Wagner continued.

Shulman also voiced her disappointment in that she knows plenty of professors that would be incredible honors instructors, but said she understands their position.

“Not only do you have to know that a set number of students will be joining and have professors willing to teach these courses,” said Shulman. “But it also has to go through an accreditation process that can take up to two years.”

The honors presidents have been meeting with staff leaders about expanding their horizons and approaching more science teachers with hopes to see classes added by fall 2016.