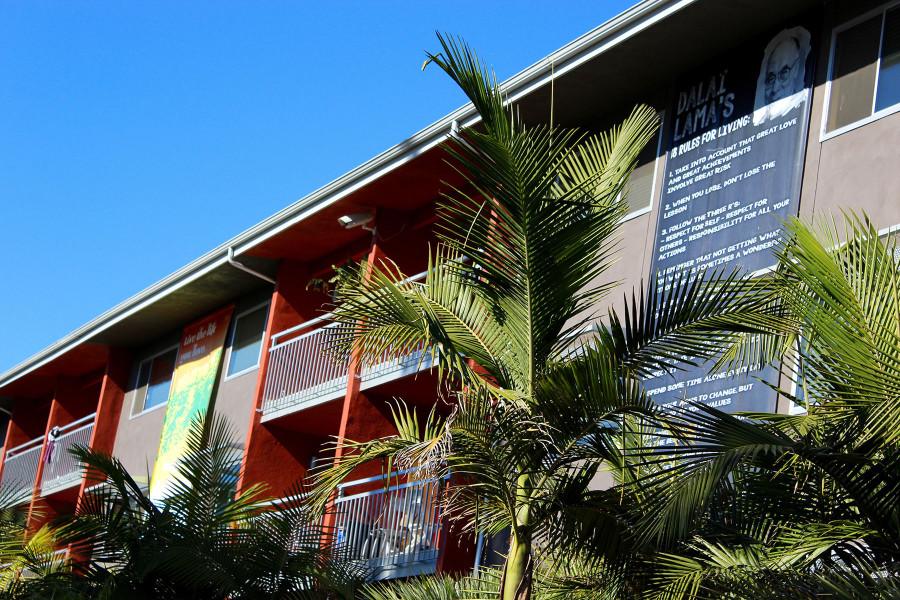 Beach City apartment complex is one of several in the Santa Barbara area that is looking into a rental agreement with Santa Barbara City College, Nov. 19, on Cliff Drive between East and West Campus.

City College students can now be held accountable for their behavior at home if they break the City College code of conduct, on or off campus, through lease agreements with student apartment complexes.

“Over the years students are getting crazier and crazier, I have been in this business for thirty years and it seems that every year they get to a new high,” said Ed St. George, owner of Beach City, Campus 880 and other local student apartments. “I think City College is at the point that they really want to work with the community, so we have had collaborative meetings and decided that we need to work uniformly to at least try to reign in kids.”

Student residences like Beach City, Campus 880 and many others have signed on to include the city college code of conduct addendum in their rental agreements. If a student violates the code of conduct they will not only be subject to disciplinary action from the school, but they will also be in violation of their lease and could be evicted, depending on the severity of the offense.

“A part of the community outreach we’re trying to do is just to make students aware they need to be responsible,” said Joseph Sullivan, vice president of business services. “That’s really what the addendum says, think about your behavior before you act, read the code of student conduct, understand it. It’s now a part of your lease. If you do something there they can terminate your lease and they can notify the college and we can decide to suspend or expel you.”

Pressures from the Neighborhood Task Force led to the City College administration to take action against student disruption and crime.

“The community asked us to respond because some, a very vocal minority, believe that our students are a huge problem out in the community and they felt that the college wasn’t taking responsibility for it,” said Sullivan. “This was a way for us to say we will take responsibility for it by extending our boundaries, but only within our ability to do that, and our ability comes under the code of student conduct.”

However some students feel this new policy is too harsh.

“It’s unnecessary because there is a difference between their school and where they live,” said Isaac Eaves, associated student government president “They’re making a connection between that, that I don’t think should be there. I kind of feel like that’s unfair for students.”

Eaves believes it could negatively affect a student who breaks the code of conduct because they will have to deal with the additional stress from being evicted from their residence. He foresees a problem with landlords who don’t like their residents using this addendum to wrongfully evict them.

The addition to the lease agreements began this semester and while some places have already added the addendum to their leases, there have been some problems with adopting it for certain student apartment complexes.

“The landlord has to notify us that violations have occurred, and they may chose not to,” said Sullivan. “It’s something new, so we may have to remind them a few times before it gets into their stream of consciousness. It takes follow-up, and it takes time to change practices. We’re changing how they look at things, our code of student conduct is very different from the normal terms in the lease.”

City College hopes to work out the kinks and is planning a meeting to discuss the change with the owners and managers of the student apartments after the initial meeting earlier this year where they decided to add the addendum to the leases.

“We’re going to go back at the end of this fall semester and contact them and hopefully meet with them again and discuss how it affected them,” said Sullivan. “A part of it is if they put it in [the lease] and they notify us, we need to be responsive.”