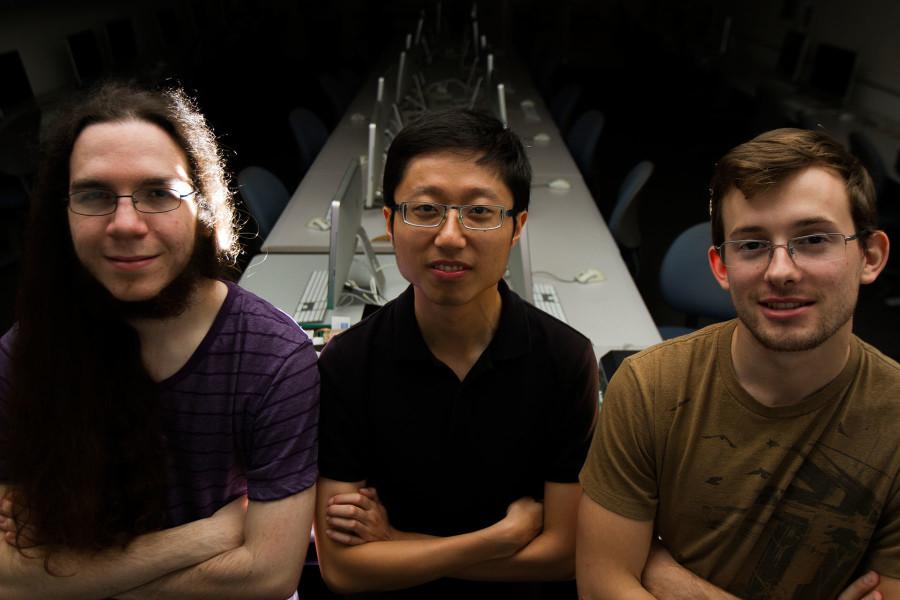 Three City College students from the multimedia department competed and won a cash prize of $2,000 and a computer graphics card in an online video competition.

The competition was hosted by Ronen Bekerman, an online architectural blog that focuses on 3D animation and sculpting. It challenged anyone from across the world to create a vineyard using the software Unreal Engine 4, which is primarily used by video game studios to create games.

“We didn’t expect to win,” said team leader Wesley Cheng. “We were going up against people with 20 years of experience.”

The students won the prize for “Best Interactivity” by showcasing how the landscape they created could be altered to different styles in their video clip Vineyard 133.

Supported by his friends Corey Omel and Dakota Garoutte, Chris and the team began working on the project in the summer of 2015, before the fall semester started.

“I went into ‘gaming news’ for Unreal Engine and there was this competition,” Cheng said. “I didn’t have any summer plans so I thought ‘why not?’”

He then met with Omel and Garoutte and asked them for their help. The team constantly met at Omel’s Beach City apartment over the next few months to work on the project. They used computers that they built from parts ordered online, which were more powerful than basic versions sold at stores. The team had to build a box of fans around the computers so they wouldn’t overheat.

“At one point Wesley just started working underneath the stairs in a broom closet like Harry Potter and wouldn’t come out for hours at a time,“ Omel said. “We also consumed about 10 Red Bull in the last week.”

By the final week, the team members said they were cramming extra hard on the project. They had a full four hours of video editing left and weren’t going to stop until they were done. They worked at least six hours a day and drank about two full 24 packs of coke and a ton of candy.

The final result submitted to the contest was a minute long video clip, Vineyard 133.

After a few weeks, they received an email congratulating them on winning.

The members have not yet received the money, but plan to use it to start their own studio and make their own game. The studio’s name will be Third Gate Studios and the website will be launching in the next couple of weeks.

The students also want to make an account on Twitch, a streaming website, to post and live stream the process of them making their game as well as tutorials on their projects.

The students used a lot of the video editing and graphic design for the competition that they learned in the Multimedia Department, including how to texture different environments and make text stick to objects like a sign.

The full four-minute video of Vineyard 133 is available on the group’s Youtube page.