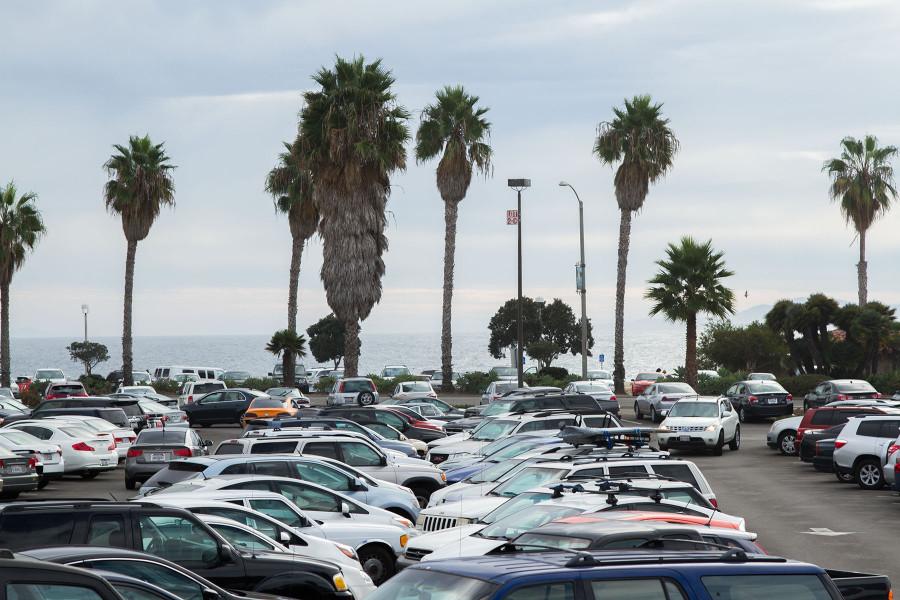 Hit-and-run incidents have increased in numbers this semester, half of which occurred in Parking Lot 2-C near the La Playa Stadium, Wednesday morning, Oct. 28, on East Campus. Parking Lot 2-C is one of the busier lots on campus, where students are often driving around to find a spot.

Hit and run cases at City College have quadrupled this semester compared to the entirety of last year.

The damage of hit and runs can be extremely costly, even though most incidents at the college occur in parking lots and the damages are assumed to be minimal.

This semester alone there have been four incidents of hit and runs involving vehicles, compared to only one last year. Half of these incidents occurred in Lot 2-C by La Playa Stadium, which is one of the more compact parking lots on campus.

As with any crime, only a portion of hit and runs at City College are brought to the attention of Campus Security or the Santa Barbara Police Department.

“Not all hit and runs are reported either,” Fricke said “There may be more and we just don’t know.”

This was the case with the second year student John Walker, who was the victim of a hit and run accident that occurred last spring.

The damage from the hit and run accident totaled his car. The rear quarter panel was nearly destroyed, the door lock on the inside of the door frame was broken and the rear axle of the wheel was bent.

“I didn’t bother to file any reports with the police since I thought it would be totaled out, anyway,” said Walker.

Parking at Santa Barbara City College is not a new subject of discussion; it has been a source of stress among students.

“Parking is terrible,” said Zuman Malik, a third year at City College. “Even if you spend a bunch of money on a parking pass you have to pay $40 extra in gas to even find a spot, and even then it’s a million miles away.”

One of the issues presented by hit and run accidents is the fact that they are usually reported after the fact.

“The biggest difficulty is that the offender rarely leaves a note on the car, usually leaves the scene and either leaves the campus or tries to park in some other place,” Fricke said. “So unless we get notified right away and get a description of the suspect’s car, it’s very difficult to track.”

Though Walker described his case as a lucky one since his car was totaled and he didn’t have to pay for it, he said it was very difficult to get to work for the next few days. Other students suffering from hit and runs may experience the same thing, plus high repair costs.

Malik said that sometimes he is scared to park on campus due to the over crowding.

“There are some really terrible drivers on campus,” he said.

The difficulty with parking is because there are about 2,500 parking spaces with over 18,000 students who attend the college.

“It’s just a crowded parking lot and a lot of students backing out and driving down the road,” Fricke said, which increases the possibility of accidents.

The college has come up with many ways to alleviate the parking problems, such as offering incentives for a sustainable mode of transportation through the SmartRide program. There are several different ways to participate, such as taking the City College Shuttle or biking. However, the college has not succeeded in entirely alleviating the parking issue.

“Parking has been awful and will remain awful,” Malik said. “I just don’t see how they could fix it with so many people attending the school and trying to get parking.”