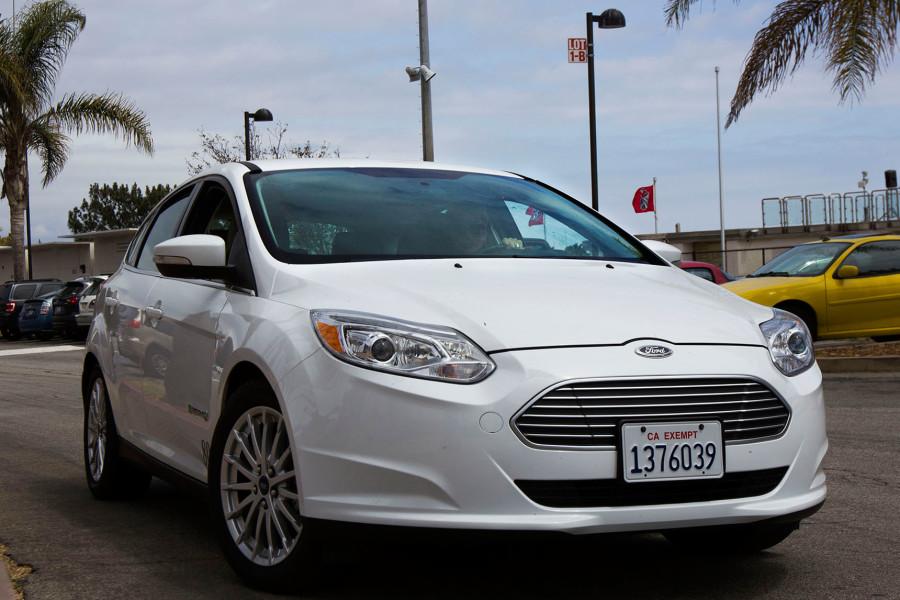 Administrative Assistant Alexandra Thierjung drives one of the City College's two new hybrid cars, Friday, April 24, in the East Campus faculty parking lot. This fall the Alternative Transportation Plan will be offering incentives for students who use alternative transportation to get to school.

This fall City College’s Alternative Transportation Plan will be offering incentives for students who use alternative transportation to get to school.

“You always get that core group that is gonna do it regardless,” said Joseph Sullivan, vice president of business services. “Because they believe in the environment or they just don’t want the hassle of parking and financial is just another incentive.”

On May 6 there will be a pancake breakfast and the first raffle for students that will include prizes such as gift cards or money to be put on their student I.D. card.

“We all know [Sullivan] has a bunch of ideas and plans to implement for next year,” said Caleb Ransom, vice president of external affairs. “And that sounds like a great incentive for students.”

As part of the plan, City College invested in five electric bikes and two hybrid cars that are available for employees to use during the day to run errands when they get to campus using alternative transportation. Employees can reserve the bikes or cars for two hours at a time during the day, but it is also available for employees to take them home with them and use them as transportation to get to and from school.

“It wasn’t just taking too long to find parking and get to my office,” said Alexandra Thierjung, a City College employee who has been using an electric bike quite a bit. “Using the bike was something that was just really easy.”

The transportation plan urges school employees to use SmartRide to find other employees to carpool with. With SmartRide, people can find others commuting from the same area and form a carpool or search for other traffic solutions.

Nancy Tolliver, another employee who has been using the electric bikes, said she has seen many co-workers form carpool groups to get to and from school.

The program received quite a bit of funding to start with the two hybrid cars and the five electric bikes that amounted up to about $70,000 as well as opening up four bike sheds that will be open to the students this fall.