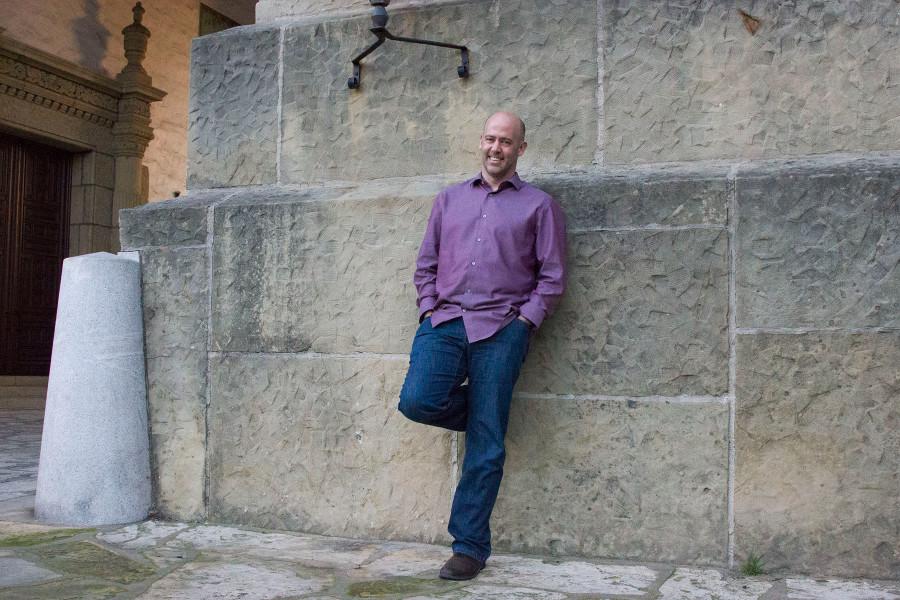 Geoff Green, new chief executive officer of the Santa Barbara City College Foundation, begins the position next week, Tuesday, Feb. 3 at the Santa Barbara Courthouse. 'I feel incredibly privileged to be walking into the foundation at this moment,' Green said.

Santa Barbara community leader Geoff Green will take up his new post as Chief Executive Officer of the Foundation for Santa Barbara City College next week.

Green enters the position after 18 years at the Fund for Santa Barbara as a local, social justice-oriented non-profit organization.

“I’ve worked for a long time on issues of access to higher education,” said Green, “issues of equity, a broad range of social justice issues that tied back to education, so to me [the foundation] was a natural fit.”

Working towards greater accessibility to education and supporting the maintenance of the quality of education offered at City College is just some of the work that the foundation does. That being said, there are a couple of long-term goals Green has in mind.

“I’d like to see faculty and staff of the college become supporters of the foundation,” he said, noting that “a small minority” already do.

“I’d also like to see more discretionary dollars raised for the college,” said Green, reflecting that the foundation has many dedicated scholarships and offers specific program aid.

“The needs of the moment change. I’d like to see the foundation get to a place where it has the operating resources it needs to do its job and can fully concentrate then on raising the dollars for the college,” said Green. “Constructing an endowment campaign is certainly a long-term goal.”

“I feel incredibly privileged to be walking into the organization at this moment,” said Green. “The Foundation has an incredibly strong staff. It’s had some outstanding fundraising years as of late.” And “there’s already a huge donor base. […] That’s a sideways way of saying there’s no great charge that I plan to lead immediately, because I think I need to do some homework.”

Green will begin that homework on Monday, learning the ins and outs of a new position and organization while taking the time to familiarize himself with all the work that the foundation already does before jumping into any major new projects.

And yet, he begins this work with a clear, overarching view.

“At a big, macro level, what I like doing is I like to champion underdogs. To really simplify it, I think that people working on the ground, in neighborhoods, at the street level, on their own behalf, are the people that understand it far better than anyone else,” said Green, suggesting that the base of support for the Foundation and the many individual students and programs that it assists may grow even wider and deeper than it is now.

Jessica Tade, director of marketing and communications for the foundation is happy to have Green as part of the team.

Green’s years of experience in the field ought to serve him and the foundation well. “The SBCC Foundation is building bridges between people with resources and people who need them,” said Green. “Because of the work I’ve done outside of the college, I have a sense of where some of those bridges might be built,” said Green.

“I like the bridge building idea, I mean to me that’s sort of the core of all good non-profit and community organizing work.”

The task of making those connections will begin Monday, Feb. 9.