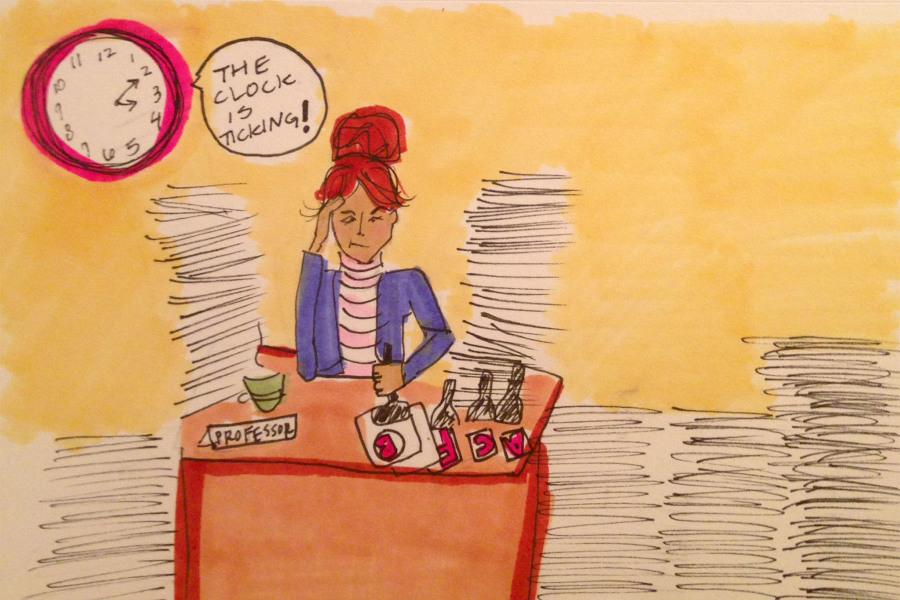 Finals week is always busy but having 15-minutes in between and 48-hours to grade would make the week more of a whirlwind than it already is.

Exam scheduling has become a major issue for the college with new sections and the addition of hybrid classes. Last year 35 rooms were double-booked for finals testing, causing headaches for both students and staff.

This lead to the idea of making passing time between exams 15-minutes and giving instructors 48-hours to grade and turn in final exam scores.

“The issue for a way to have a reasonable passing period still exists,” said Academic Senate President Kimberly Monda. “Basically it was agreed that it would be a hardship to change the passing period.”

Administration has tried to come up with some ideas to alleviate the issue.

When the administration brought the potential changes up to teachers and students, most agreed that the passing period would not be enough time for students to prepare.

“I would feel very stressed out because that means that I would have to cram up all of my studying,” said Joanna Lopez, marketing major. “I would be brain dead by the time I was finished.”

Monda said the decision to change the schedule was shot down because the number of people that would be negatively affected would be greater than the people being double-booked.

“If I were to choose between having a 15-minute passing period or being squished, I’d rather be in a classroom with a ton of people,” said Lopez.